Growing up in the 1980s, the closest I could conceptualise to the smart watch of 2021 was from watching Dick Tracy, the crime-fighting comic detective with an incredible watch he could talk to.

Fast forward almost 40 years, and we quite literally live in a future where many of the things that made up kids dreams are now reality … except for flying cars, I suppose. Kids today have access to so much smart technology that traditional concepts often no longer apply; gone are kids having a cheap digital watch from Target or Kmart. Spend a few more dollars, and they can have a fitness tracker, and a few more dollars still, and they can have a full-blown smartwatch. That’s what the imoo Watch Phone Z6 is, and my son and I have been trying one out over the last couple of weeks.

I’m no stranger to reviewing smartwatches; I bought one of the first Android Wear watches a little over 6 years ago, and I’ve reviewed a good number of them since. They all have pros and cons, but almost exclusively they’ve been designed for adults.

There have been a few notable exceptions, of course. Fitbit and Garmin have fitness trackers for kids, but full on smartwatches are a little less common. Alcatel / TCL has a couple on the market, from the original Movetime 3G watch, and more recently the 4G variant, and these were incredibly powerful and versatile. I’ve reviewed both for Ausdroid and thoroughly recommended them – and still do – but the imoo Watch Phone Z6 might just be better.

You see, it’s not just a smartwatch. It’s an Android-powered wearable that’s almost a full-featured smartphone, in a wrist-sized form factor.

In other words, it’s exactly what Dick Tracy would’ve worn in 2020.

imoo isn’t new to the game, having been around since 2012. They’ve spent the last 5 years or so focused on kids watches, and in the Watch Phone Z6 they’ve reached a fifth generation product that’s really quite usable and ready to go.

Setting it apart from a good number of other Chinese products, imoo has an official distribution chain across the US, Europe, Australia and New Zealand (and, of course, throughout Asia). This puts imoo on somewhat even footing with other kids smartwatch brands, except – I guess – that you can’t buy it in a bricks and mortar store.

Fundamentally, though, the Watch Phone Z6 (which we’ll call the Z6 from now on) is a pretty simple proposition. It’s an Android phone, in a watch, and it’s designed to be super easy (yet powerful) for kids of all ages to use.

In the box is the watch itself, a USB-A to proprietary magnetic charging clip, a few simple instructions and that’s it. There’s two colour options on sale at the moment, a green shaded arrangement, and a purple one with pink accents. We’ve got the latter and it looks rather good – it’s definitely not a “girls watch” (whatever that is). Inside is a 1.41-inch AMOLED display running at 320 x 360 pixels. Yes, it’s not huge, but it’s easily comparable with most other watches of this kind. It’s quite bright enough, and works as well indoors as out.

Out of the box, there’s a screen protector applied on top of Corning Gorilla Glass, so this watch will take the beating your kids will undoubtedly mete out. It’s a bit chunky, compared to some other smart watches, but not overly so.

So far as interface goes, there’s just one button – a power key – and the rest is done using the touch interface. The UI is fairly intuitive, you just swipe and tap much like using a smart phone; so intuitive, in fact, that kids can pick it up without any real instructions needed. It’s not the first smartwatch to feature a camera, but it does do it differently; if you want to allow your kids to make video calls to you (and you can turn it off), they can flip the watch up so it stands perpendicular to the wrist, making a much more natural position for those calls or taking a photo. Being that there’s a rear-facing camera too, kids can show you what they’re looking at, instead of just looking up their noses.

Really, really well. Like most other kids watches, there’s a companion app you install on your Android or iPhone through which you can change virtually all the settings.

Want to let your kid run riot? You can, and turn on every feature. Want something a bit more privacy conscious? You can lock down just about every feature and leave it little more than a fancy looking watch.

Of course, there’s every setting in between, too.

The main features include:

The UI on the watch itself is based on Android, but you’d probably not be able to tell most of the time. You can swipe left to access contacts, and right to access a number of apps. Swiping down reveals notifications (such as missed calls).

Sadly, a number of the apps are only really useful if your kid has friends with an imoo Z6 as well, but that’s not a bad thing; this is a watch I’d want my son to have to stay in touch and make sure he’s where he’s meant to be. Not much more.

Taking away those apps, you’re left with a smartwatch that is great for communication, tracking and fitness tracking, but a lot of the things that would distract your child aren’t there; this makes it ideal for use in a school environment where your kid being distracted is the last thing you’d want.

Speaking of, there is a class mode (for use during school hours) which disables virtually everything except telling the time – no calls, no SMS, no apps, nothing. You can allow your kid to make calls to you during this time, but I’d recommend against it.

The only real disappointment from a UI/UX perspective is the companion app. Like the watch UI, the English translations in the app are a bit .. ordinary .. meaning some turns of phrase are a bit odd. Fortunately, they’re more humorous than annoying, and you can easily look past them.

Another quibble is the geo-fencing feature. Very cool, but unfortunately it seems to rely on there being WiFi networks nearby to use. Great for making sure your kid is at (or arrives at) home, because you can easily connect it to your home WiFi. Somewhat less useful for making sure your kid’s arrived at school – you can easily check on the map, but you don’t get the same geo-fencing features.

The battery life is excellent for a mostly full-featured Android smartwatch; a few days is easily achieved, though you might find if your kid is out and about more (and less on WiFi) that’ll drop a bit. However, if you only remember to charge the Z6 every other day, you’ll be fine – with a 680 mAh battery (making up a good amount of the chonk) you’ve got power to spare

There’s a number of schools of thought on your kids having smart tech; on one hand, it’s an excellent safety net for the nervous parent, a way to stay in touch with your kid without giving them a smartphone easily lost (or not appropriate for younger kids).

On the flip-side though, it’s fairly invasive – you can see where your kids are (or, more accurately, where their watch is) and while that’s no real drama for younger kids, your teenagers might have an issue with it.

There’s also the concern that perhaps some nefarious individual could somehow hack imoo’s systems and locate and steal your child, but let’s be frank; that’s far fetched, and just not likely to really happen. It remains a concern in the back of my mind, of course, but one managed in the traditional way – educating your kid about stranger danger, knowing safe places, what to do and what not to do in public and when you are and aren’t around.

A smart watch doesn’t change good parenting, but it can assist.

You can, of course, not use the privacy averse features, and simply use it as a communication device if you wish. Even without the location feature – which frankly we don’t have much need for – it’s a very useful communication tool.

The imoo Watch Phone Z6 supports Australia’s 3G and 4G carriers, and will set you back $349 in either Purple or Green. Yes, that price is a little steep for something you’re going to entrust to your child, and you can certainly buy a cheaper smart wearable if you like.

I think you’ll struggle to find one as useful for this price (or at all, really). The only real near alternative I can think of is TCL’s Movetime 4G watch (good, but a little feature limited, but it does geo-fencing properly) or an Apple Watch set up in family mode (but those are significantly more expensive). 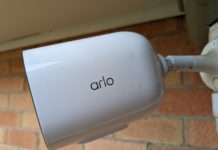 Chris, for me, as a teen in the 1980s, that Dick Tracy watch was underpowered and out of date. What I wanted was a working Space 1999 Commlock, despite that being mid 1970s. https://catacombs.space1999.net/main/cguide/umcomlock.html