Home Mobiles An Android fan spends a month with an iPhone: Week 2 –... 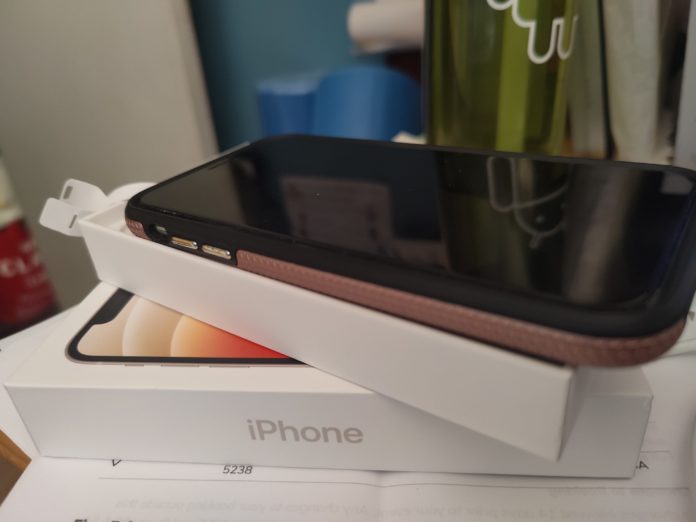 Week two of my iPhone adventure is underway and it’s interesting to find that once I got my regular use apps installed, it’s not a chore to use. In fact, stuff just works! The apps work well, the functions work well and interestingly I’m finding myself using the phone slightly less daily, but looking for my tablet for Macbook more.

In the early stages, I kept tripping over apps I needed and had to buy, or find alternatives but I have discovered something that bothered me during the week.

Notifications are frustrating me

I’ve never felt like I was suffering notification fatigue, I’ve always had different email accounts giving me a different sound or behaviour. The same with social media and my other connected hardware etc, so I know what’s going off without needing to get my phone out.

That was until I had an iPhone in my pocket for a few days. This issue was purely based on the fact that the notifications for any new app defaults to the typical iPhone “ding”. I found myself needing to constantly check the phone to figure out what the hell just went off, then dig through the app to find where — is possible — to change notification sounds to something specific to that app or specific action.

Perhaps (I’m being as fair as I can) it’s just the apps I’m using, but it seems that on iOS there are a fairly significant number of apps that don’t have much customisation for notifications. A lot only have the option to have notifications, or not. The ones that do have more options, don’t offer a massive amount of customisation often just the sound. I’m nearly two weeks in and, I’m steadily adjusting to this and — wherever possible — adjusting my notifications to be less generic.

I know — as mentioned above — that these are issues that have been created for me by using an Android phone for so long, but it’s the reality of what I’m facing right now. It also helps me understand the barriers for users switching platforms.

The hardware – another week on

I mentioned in my first weeks wrap up of the iPhone adventure, that changing devices isn’t something that’s foreign to us at Ausdroid. So having something of a different physical size, isn’t a major issue. While it’s not uncomfortable, or “bad” to use the iPhone XR, I find the shorter and wider form factor less easy to use than the trend of the taller screen ratio devices.

An area I find a little disappointing with the iPhone — I know I’m not alone having spoken to a number of iPhone wielding friends — is the fragility of the screen and back of the device. It really doesn’t take that much of a drop, often even when the phone is in a decent quality case, to break it. OK, that’s my grumbles (for now) about the hardware and grand scheme they’re not that major but worth mentioning. There are areas of the hardware I’m quickly learning to love, simple things that Apply have nailed.

I’m a big fan of the placement of the power button and volume rockers, they’re perfectly placed where your hands naturally fall. The earpiece for phone calls — Yes, I actually make calls on my phone — provides clarity of sound that I’ve not had on an Android device that wouldn’t deserve the “Flagship” moniker. Another item I really like, and a reason I’ve enjoyed the last OnePlus devices, is the notification slider: Allowing users to put phones into silent mode in moments, with ease.

Integration: A highlight across the Apple platform

I’ve mentioned in the past that messaging is something that Apple does right. In fact, while Google Messages is getting better at a very steady rate, Apple’s messaging system is the mobile market leader. Where this goes from really good, to something special is if you’re using other apple hardware like an iPad or Macbook.

For the uninitiated, if you’re on the same network as your mobile device, an iPad or Macbook will recognise that you’ve got a mobile device also attached to your iMessage devices and (offer to) sync messages. For someone like me who spends a lot of time in front of screens, that makes life VERY easy for not just messaging other apple users, but contacting any of your friends.

If messaging was the primary battleground I was looking at, Apple wins!

Now we get into something that is an absolute highlight of week 2 for me, CarPlay. To my Android toting friends, I’m sorry, this is just so much better than Android Auto. I’ve found it to be more responsive with less “what the?!” moments, although, in fairness to both, I am using multiple Google apps within CarPlay: YouTube Music and Google Maps being the main ones used daily but tried other options during the last week also.

On the surface, they are very similar and to a large extent, that’s 100% correct. But CarPlay has a bit more by way of functionality, a touch better usability and it’s definitely got an edge in the polish of the platform, but Android Auto is very quickly catching up and — while subjective — is good enough now that for the majority of buyers, it’s not a deciding factor in a phone purchase.

For me though, there does seem to be a bit of a downside in that I seem to get more notifications and pop-ups (default settings) with CarPlay. So a lot of the stuff that Android Auto takes away to minimise driver distractions, is present in the Apple world. Personally, I have the self-discipline to ignore it but I know a lot of people who don’t.

That’s a bond I’m yet to form, I’ve got so much Google gear around the house I’m struggling to break the “Hey Google” habit and call another smart assistant. It’s something I’ll be making a conscious effort to address in the coming week before my next update.

So I’m now two weeks into a month-long stint with an iPhone and while there are still a few things that aren’t as I want — through being “trained” on the Android platform, I know… — them to be, but I’ve adjusted well. There are some really good points that well superseded my grumbles and some real highlights for me so far.

I’m sure there’s more to come in the next couple of weeks. If you or someone you know is a real iPhone junkie, what features should I look to explore next?

I ventured back into Apple land with the new iPad Air, first time in many many years, and what most gives me both mirth and consternation is that the iPad always “ding”s for having received a gmail, before my Pixel 3 does… Only by a few seconds or so though. But why does Apple know sooner than Google that I’ve received gmail??

Depends on what network, I think.
My Samsung Galaxy Tab A 10.1 (2016) on Telstra, is usually ahead of my Nokia 6.1 phone on Optus, for notifications.