Look, we know that printers aren’t exactly a sexy consumer good in the same way that mobile phones or fast cars are. However, they’re something you’ll find in most households, and for many years now, there’s been a sneaky pricing ploy to separate you from your money.

You see, most printers these days are sold as “loss leaders” to get you hooked; that fancy laser multifunction that costs just $300 is actually worth more than that. However, it’s sold at a discounted price to get you on board with an introductory laser toner cartridge, and boy oh boy, when it runs out, you’ll pay for it through the nose. It’s not uncommon to see ink/toner refills that cost almost as much as the original printer did!

There are alternatives, though.

Epson EcoTank printers use easy-to-fill, supersized ink tanks instead of cartridges that include enough ink in the box to print thousands of pages, which means less waste and fewer trips to the store.

EcoTank printers can save you literally thousands of dollars over their useful lifetime; not only do they not use cartridges, but the ink tanks are quite large, and fairly cheap to refill. 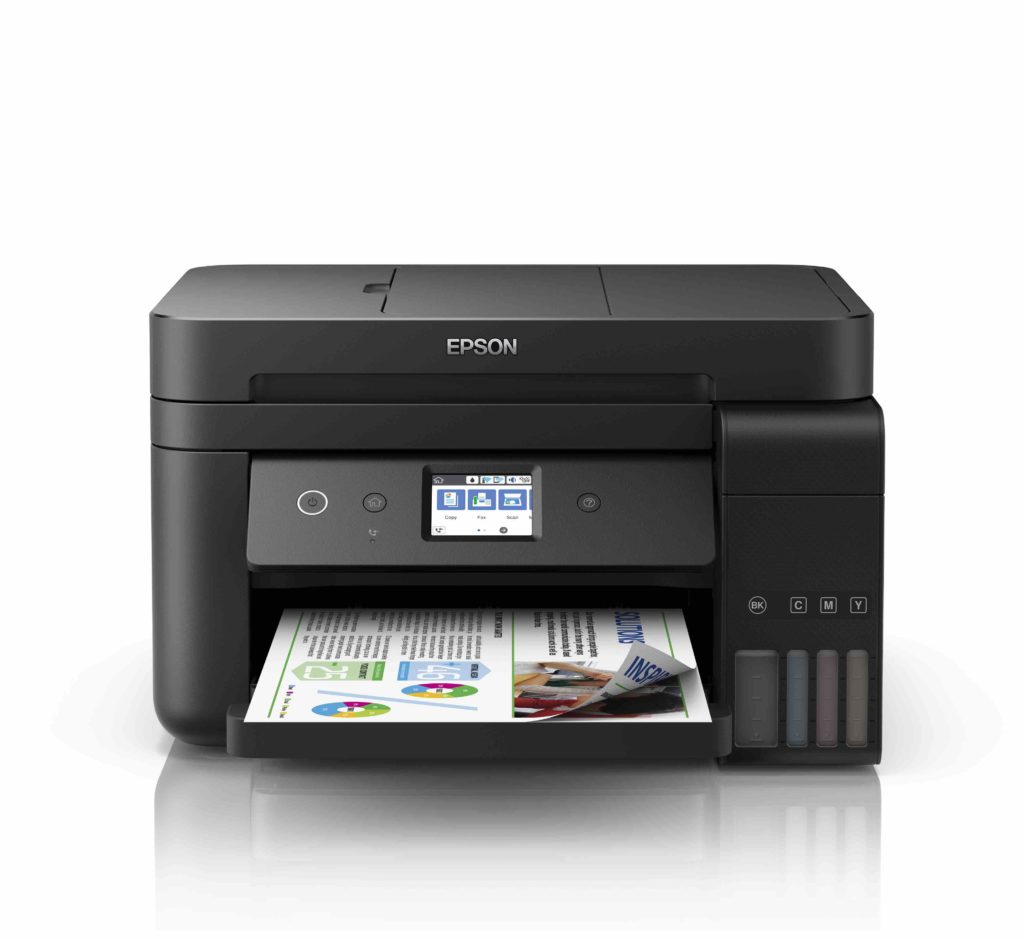 I’m trying out an Epson EcoTank ET-4750 at the moment (shown above), which is almost 2/3rds the size of the laser multifunction it replaced, and it does all the same things and more; colour printing, scanning direct to the cloud (or email), double-sided printing to save paper and more.

My favourite feature so far is the scan-to-email function though – once the exclusive domain of expensive office multifunctions, this diminutive printer makes it easy to get paper forms into your inbox, ready to email off to get things done.

When it comes time to refill your EcoTank printer, forget about paying hundreds of dollars for new ink cartridges which are messy and fiddly to install – refill ink bottles start at just $14.95.

The Epson EcoTank ET-4750 printer retails for $649 recommended with free delivery, which is a little dearer than the typical “loss leader” multifunction you might find on the shelves, but there are cheaper printers in the range, too, starting at $299 for a stand-alone printer, and $449 for a basic multi-function.

I had one of these, I gave up on it on the end, it never printed quite right even after going back to Epson for a warranty service, running all the alignments, cleaning etc. My printing is fairly far between uses so maybe that’s why..I also found the document feeder jammed regularly when doing 2-3 page scanning jobs. Would not recommend these for home use.

That’s exactly why you had the printing issues.
Inkjet printers are designed for fairly regular use. Home infrequent use, means clogged heads, which means warranty service, and the usual earlier than it should be, replace the printer.
The scanner feed problem, though, I’m not so sure of, never having owned a home printer with scanner document feed.

I need a new printer as well, so this review coming out is _very_ timely.
Thanks Chris. 🙂

I’ve noticed Jimeoin fronting a couple of Epson Ecotank printers TV ads recently. Just wondering if there are any long term problems with print heads clogging and not being able to clear them like the last couple of canons I’ve had//

Here’s hoping that’s not the case. I was minded to look into something a bit more sustainable when our laser MFC ran out of toner and the replacement cost half as much as a brand new printer.

Not much good having cheap ink refills if there are other problems which ruin the printer, but all signs (early signs, mind) are good with the Epson

Agreed. I had a Canon, and only refilled the tanks once before there was a problem with the print heads and was recommended to ‘contact your nearest Canon service centre’. With wasted time of taking/picking up from the repair centre, and the cost of repair I ended up going back to a cheap $90 HP that had all the same functionality and more (including scan to email). Since I don’t do a huge amount of printing I suspect this is where I will stay, at least until I see a few more long term reviews for the ecotank printers