Aspera Mobile’s new rugged “R9” 4G smartphone has a tough chunky exterior to cushion it from knocks and drops and the highest IP rating IP69 which should protect it from being blasted by a high pressure hot steam jet or dropped into up to two meters of water (for up to half an hour).

What about the specifications inside though. By pricing it at $279 has Aspera given themselves enough money per unit to buy high quality parts?

Unboxing reveals the phone protects it’s MicroUSB charging port, headphone jack and SIM slot with protective rubber flaps. Obviously these flaps have to be tightly on for the phone to keep water out.

Besides the phone you get a charger, micro-USB cable, basic earphones and manual.

What it’s Good At

The Android version is 10 and it looks like plain vanilla Android interface with few if any modifications. Interestingly security updates come via the Play Store (hooray) and at time of writing the R9 had received a patch dated 1 Jan 2021 which gets a big thumbs up.

Aspera haven’t skimped on the battery capacity with a generous 5000mAh inside enabling it to last 1.5 to 2 days. The supplied 5V 2A charger takes a while to refuel the phone though.

The tough build should ensure the R9 survives being knocked around but note that it means the phone is quite chunky and heavy at 215 grams because of the protective exterior.

There’s an NFC chip inside for tap n pay and the SIM Slot supports Dual 4G SIM’s which is a handy feature.

Tradies like to play the radio at worksites and similarly you might want to listen to music if taking the R9 for outdoor activities eg BMXing. The speaker was clear and decently loud for music playback up to about 75% volume. The headphone jack means battery life isn’t used up if using a headphone as you don’t need Bluetooth on.

Calling quality is important for tradies who need to make and receive lots of calls to customers, colleagues, contractors, suppliers etc.

The R9 supports voice over LTE calling for better voice quality, if you use a SIM from a provider that supports VoLTE. The R9 also supports VoWi-Fi calling but that’s not enabled by default for some reason.

When I review phones I use a Moose Mobile SIM which supports VoLTE and VoWi-Fi on the Optus network, call quality was great during my test calls.

What Needs to be Better

Some of the key hardware features are too basic and screen visibility outside in bright sun isn’t great.

Just 32GB storage onboard leaves only 24GB usable for apps and data. Recent discussions with family and friends reveals that 64GB is becoming the new minimum for onboard storage because people take so many photos and videos.

Unfortunately there’s no fingerprint reader. Face unlock is supported but it’s unwise to use it on a budget phone as it could be easily tricked by a photo of you.

There’s only one 13MP back camera which is barely OK for daylight photos but not that great in low light, has no optical zoom, or separate macro or wide angle lenses. There’s also a 5MP front camera

In many ways it’s remarkable so many features can be bought for $279. I would’ve recommended the phone more if the cost was $100 higher and that enabled a faster CPU, brighter screen and better camera .

Without those features I can’t see any of the successful tradies I know considering buying the R9. Time is money for these guys charging $100-$300/hour and they can afford a much more advanced phone like an iPhone or Samsung S21 with a tough case.

However the R9 could be a good option as a phone for:

You can buy the R9 at Bi-rite, Leading Edge and Harvey Norman for $279.

For more information on the new Aspera R9 smartphone go to the Aspera Mobile site. 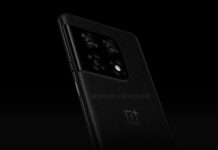 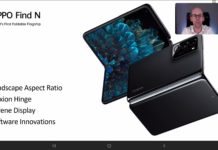