Home Mobiles Samsung Galaxy S21 Review — Everything you need in a phone that... Phones are so much more than just a phone these days; if you let them, they’re the centrepiece of our modern lives. It stands to reason, then, that when you run your life from a device that you want a decent one, great in fact, but do we need everything they’re coming with now?

With so much competition in affordable smartphones in 2021, one wonders how long people will be prepared to pay a premium price for a mobile. While Samsung is betting that this momentum will continue for a bit longer, the relative drop in price of the Galaxy S21 range puts more in reach for more people, and that’s a good thing.

As users, there are only a relatively few of us who will ever utilise the full potential of a top-end mobile phone, making them a luxury, not a necessity. Do we need 50x zoom in a device that, most of the time, we’ll just use to check social media and make calls on? Probably not.

However, we digress. The fact that you can get a phone like the Samsung Galaxy S21 – with everything it offers – for around the $1,250 mark makes it a very, very appealing proposition.

What’s inside a Galaxy S21?

In 2021, I’m not sure anyone really cares. It’s a premium smartphone from a premium brand, right? Being the newest of the new, it offers all the new stuff.

The screen is a 6.2-inch 120Hz 1080p display, with an in-display fingerprint reader which becomes important later. It’s all powered by a 4,000mAh battery which should be sufficient for a full day of use for most users. When you’re unable to get that full day of use, it will support fast charging but you’ll need to buy a wall charger first since the phone doesn’t come with one. Samsung, like Apple, believes that most people will have a capable wall charger in 2021, and so doesn’t supply one in the box – it’s an environmentally sound choice, even if it irks a few users.

The design and presentation are elegant with a flat-screen (I’ve never been a fan of curved edge displays), a polycarbonate backing and the camera setup melds into the side of the device, making it look well designed and engineered instead of being a phone being built around the camera which we’ll take a closer look at later in the review. 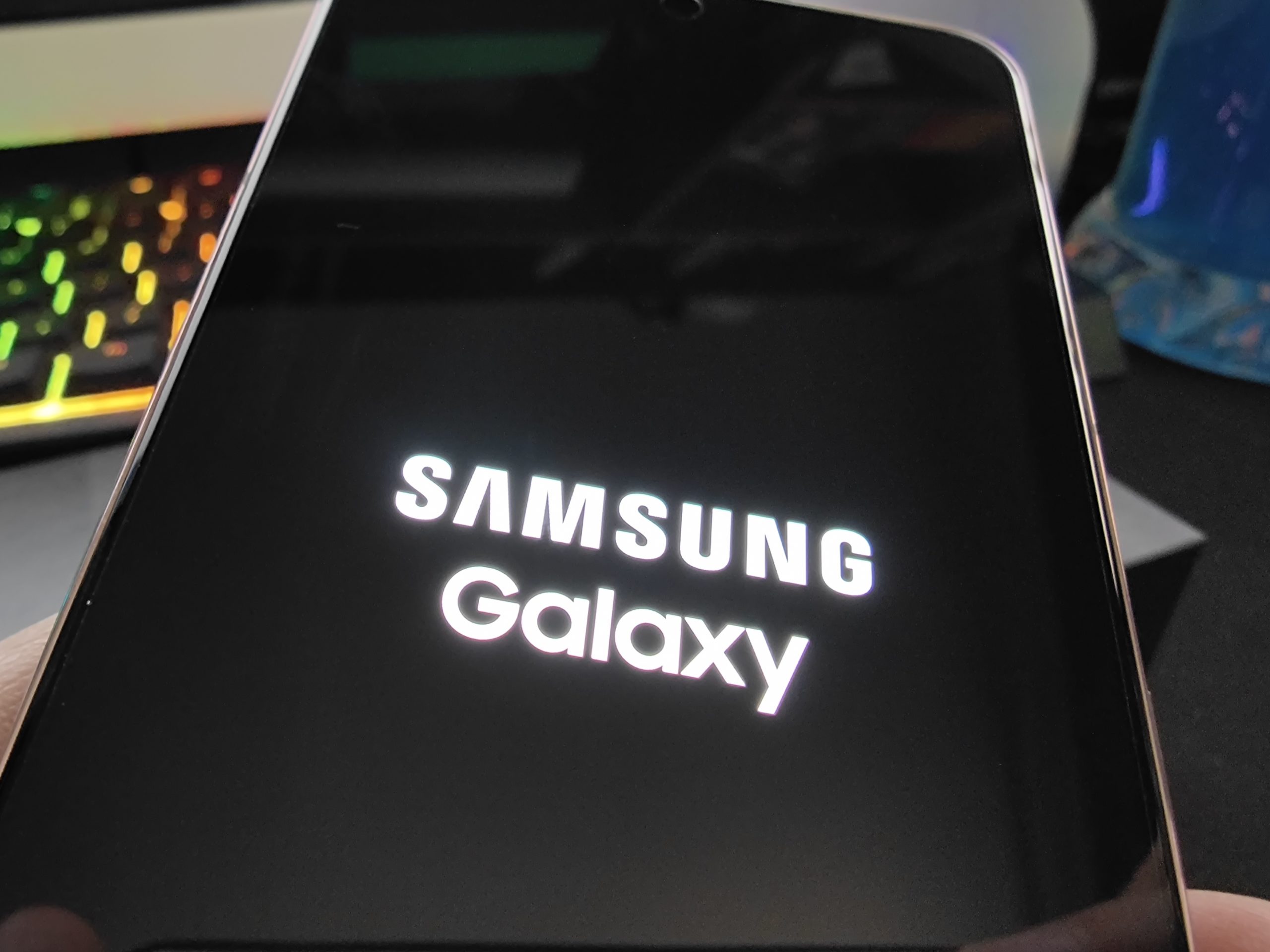 From a user interface perspective, you’ll be looking at the latest Google’s Android and Samsung have to offer. Android 11 and OneUI 3.1 which are a really solid combination, if a little heavy at times. When considering connectivity, you’ll get the full range that is expected of current generation phones including WiFi 6, Bluetooth 5.0, NFC (for mobile payment options) and GPS. The S21 is IP68 rated so, cannot (since it’s an open hole) have a headphone jack which some still care about, many don’t – but it’s worth mentioning.

How does it perform in daily use?

The short answer is it performs very well, as you’d expect from a top-flight mobile from Samsung. You could get distracted by screens, specifications, cameras and more, but there’s no real need.

Samsung’s Galaxy S21 is a surprise package; it’s smaller, lighter (and cheaper) and offers everything that you need from a phone you’ll use every day for every day needs.

Being a Samsung phone, the software is very “Samsung” – it has a certain look and feel which we’ve come to expect from Samsung’s phones, from design elements across the operating system to the particular look of some of Samsung’s applications pre-loaded on the phone.

There are quirks this time around, primarily in the areas of security and login options for the device. Unfortunately, that includes a face unlock that — while generally reliable — isn’t as good as competitors and an in-screen fingerprint reader that is really slow.

While it’s great that Samsung has kept a fingerprint reader in a time when many of us are wearing masks (and ruining face-unlock options), that the fingerprint reader is so slow is disappointing. It’s very possible to do fast in-screen fingerprint unlock, Samsung just hasn’t done it here.

There really is so much to like in the S21, it’s generally a very good user experience with high-end specs, an intuitive user interface and a brand behind it that’s trusted.

A particular highlight from the last few weeks include the screen. It’s lovely, there is no other way to put it. At 120hz refresh out of the box, moving images and transitions are liquid smooth but that does come at a significant cost in battery life. The camera is remarkable in both its image capture quality and ease of use. I never really felt the need to manually engage different modes, it’s basically a point and shoot rig and that’s good – most people use their phones for a variety of daily tasks, and high-end photography is something most users will rarely (if ever) engage in. It’s good that Samsung has made it such an easily accessible thing to do without needing to fiddle.

I know I’m not alone in having a lot of chargers laying around my house. But there is a portion of users who won’t have spares, or who don’t have high capacity chargers laying around. The decision to not include a charger (you still get a cable) is a double-edged sword for Samsung, potentially a good business decision and definitely a moral decision in that:

The other area I’m not too fond of is the feel of “bloat” in Samsung’s user interface design. Yes, with a fast processor and plenty of RAM it’s possible to mostly hide that, and most users simply won’t notice.

I did, however, and there were plenty of times I could see that the phone’s performance felt restricted, because of what Samsung’s fairly heavy OS had it doing in the background.

This of course has a measurable impact that most users will care about, and that’s battery life.

We’re only going to mention battery life briefly, and that’s somewhat ironic for me to write, because it only takes a brief moment to see the battery life drop on the Galaxy S21.

Yes, you can influence this somewhat by changing settings – if you use that 120hz refresh rate, you’re going to see faster battery consumption than you would if you opted for a 60hz refresh rate instead. The downside to dropping the refresh rate is the display experience is also vastly reduced, making it feel like a pretty poor compromise.

As you can see above, I managed to pretty much drain the Galaxy S21 in just shy of ten hours. Noting that my phone was about to die at 8pm, you can see it only came off a full charge at 11am. That’s not great.

We’ve long been critical of Samsung phones for their fairly meagre battery lives, and while there have been some good performers in there (the S20 series did rather well), it seems the S21 marks a return to relatively less performance here .. and that’s disappointing.

Yes, if you use your phone less, it might last, but what’s the point of buying a $1250 mobile that can do so much if you’re simply not going to actually use it?

From a specifications perspective, the camera setup is 12MP primary, a 12MP ultrawide and a 64MP telephoto lens. These deliver a really consistent and very pleasant user experience in taking photos with consistently great results.

This, without having to fiddle with camera modes or manual settings, is a blessing.

The camera software has evolved a little from the previous iteration. It loads fast and the shutter trigger is very quick. There are a number of modes including single take, photo, video, panorama, food, night, portrait and a variety of video modes – all of which offer automated focus, colour correction and “intelligent” goodies to improve the results you get.

As part of the software included in the S21, the auto scene selection is pretty impressive in the detection of what you’re trying to take photos of. While it doesn’t always get it right, when it works it really helps capture great results

For a more affordable option than the S21 Ultra, or even the S21+ the end result from the slightly cut down camera is excellent. The night mode has progressed well and is now a really good option for night time photography.

While I have some reservations about the S21, it’s a phone that will achieve what most users want or need it to. The camera is excellent without being the greatest on the market and the screen — despite being the primary cause of the battery issues — provides an outstanding user interface most of the time.

The upsides of the Samsung Galaxy S21 continue through the design of the device and general presentation, with the smaller footprint of the device making it attractive to a cohort of buyers who want a great phone that will actually fit in their pocket without looking like you’re concealing something.

The lower price (compared to the S21+ and S21 Ultra models) is also a big bonus for many users who don’t want to spend the extra on their phone, but I would strongly suggest if you don’t have one already, grab a fast charger when you pick up the phone (you can thank me later).

If you’re keen, the 128GB version will cost you $1,249.00 or the 256GB version is $1,349.00 from the usual retailers, or check with your carrier for deals. Being a Samsung, you can get it just about everywhere and there are 12/24/36 month payment options with all the majors to ease the cost of ownership.

Anyone have any input for me on buying an S20 versus an S21? I get the S21 has a newer processor but specs look almost identical and you can obviously pick up an S20 for a lot less on eBay than a new s21….

S20 FE owner here. I’d recommend going for S20 FE 5G with Snapdragon processor. I had a S20+ Exynos and the battery life was terrible compared to the FE. FE has micro SD slot, bigger battery than regular s21 and bigger display. If you have a Samsung store nearby you can even trade your existing phone in for a discount.

Been trying Galaxiays for ages and always went back to its. Exynos was always a problem with heat and battery drain. So far so good, S21 Ultra is awesome. Hasn’t gotten hot at all and batterylife is awesome. No lags. I’d go with Ultra (not sure about lower models) or as suggested, Snapdragon phone. Don’t touch older Exynos than current