The app will also enable users to stream live radio stations such as Triple M and its Hit Networks stations like 2Day FM in Sydney, as well as over 100 original local, national and global podcasts.

As part of the launch of the app, SCA is set to unveil new music offerings via 15 new linear music live streaming channels, which the company has stated it will cater for a diverse array of moods and genres.

There will also be a new on-demand audio news channel along with info services built into the app. There will also be ‘hyper local’ news and sport reports across 15 regions and 34 towns from around Australia, along with a new CrimeWatch report in four key markets and The Locals’ Guide.

SCA CEO Grant Blackley said the app will allow the network to provide an “unrivalled, deep understanding” of its audience.

“The number of Australians accessing digital audio has doubled since 2016 and is projected to reach 80% of Australians by 2024. LiSTNR will provide a personalised listening experience that easily enables consumers to discover a new world of premium, relevant audio that is live and on demand,” he said.

“LiSTNR will be a primary generator of listening data, allowing SCA to provide an unrivalled, deep understanding of our audience. We now have the ability to deliver a valuable, targeted audience at scale for advertisers. And this is just the start.

“LiSTNR will continue to expand its content offering with the development of new and original premium content, along with exciting partnerships to be announced soon, making LiSTNR the new audio destination for all Australians.”

The app is also set to feature four new weekly music podcasts, which will be led by a new music show called The Spin hosted by former Triple J announcer and musician Linda Marigliano. Podcasts are also set to expand over the coming months with local and international podcasts.

LiSTNR will be available on both iOS and Android, plus CarPlay and Android Auto, Google Assistant and Alexa and Android TV, now known as Google TV. 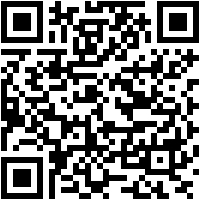