Earlier this month Android Auto opened up the platform to developers to bring their apps onboard. Now we’re starting to see the result of this with third-party apps appearing for core Google based functions. This time it’s TomTom offering a navigation option to users who don’t want to use Google Maps, AmiGo. 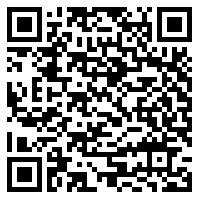 The strength of TomTom in the past with their stand-alone SatNav options is sure to bring with it, a strong foothold in the mobile market. The app has an almost identical feature set to Google Maps, but perhaps a bit more user driven data including:

It’s pretty easy for your right boot to get a little heavy at the end of a long day, the app also has speed limit warnings. This helps you avoid that unwanted mail a couple of weeks later or the dreaded red and blues behind you in traffic. There’s no direct indication at this time that they will start to charge for the app and it’s not ad-supported. Hopefully, it remains this way, but we’ll know in a few months time for sure.