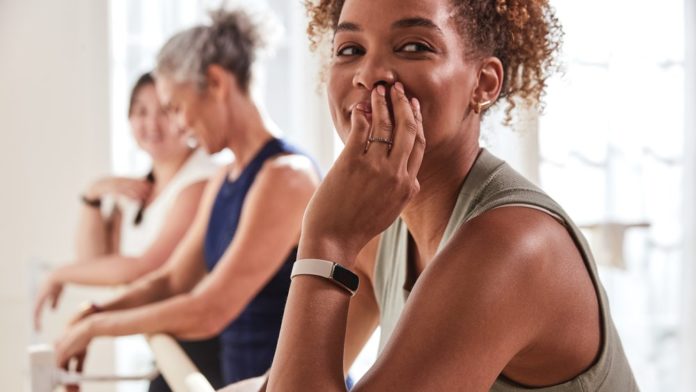 Since Google completed their acquisition of Fitbit we have been waiting to see what the new partnership would yield. Today Fitbit/Google released their first joint product, the Fitbit Luxe, a fashion first fitness tracker.

The Luxe is packing a little more than just smart looks, however, with a full-colour AMOLED touch screen display, Heart rate, SpO2, breathing tracking, Sleep tracking, stress management tools, Menstrual Health Tracking and of course various workout tracking features. The one massive omission from the package is NFC payments, we were hoping Google would bring Google Pay to Fitbit, or at least maintain Fitbit Pay.

The Luxe comprises a stainless steel body and quick swap bands, the body comes in Bllack, Silver or gold stainless steel, while the device ships with various silicone bands or a Fitbit Luxe Special Edition gold band designed by gorjana. There are also a wide array of bands available as accessories ranging from silicone to mesh, leather and woven choices.

Fitbit is claiming 5-day battery life from the device, which may be a little short seeing as it is intended as a sleep tracker so you can’t top it up over night. I have found the best plan is to charge smartwatches while I’m in the shower, which seems to make them last forever.

Coming in at $299 for the non limited edition model you can pre order the Fitbit Luxe today from the Australian Fitbit store.

You must have long showers Duncan