During the last few years we’ve reviewed a lot of video doorbells on Ausdroid but so far all of them cost well over a $100 if not $200-$300+ and most require you to pay an ongoing subscription fee per camera forever to keep advanced features active.

Mirabella’s video doorbell features are basic, it costs only $99 including batteries and doesn’t require a paid subscription. Our testing reveals whether it will be a minimum viable product for your requirements.

Mirabella says it’s smart video doorbell allows you to see, hear and speak to the visitor at your door whether you’re at home, at work, or on the go.  They claim this Anko video doorbell is controllable with the Mirabella Genio App on your Smart Phone and is compatible with Google Home as well as Amazon Alexa.

On the front of the video doorbell from top to bottom you’ll find a lens, PIR (passive infrared) sensor, speaker and doorbell button with status light in the middle. It’s a good design with a clear button location which all delivery couriers and other home visitors have pressed.

At left there’s a small microphone hole and at the bottom there’s a micro USB slot and a reset button. If you take off the back cover you can swap out the batteries and if you want to , click in a microSD card to record video (you have to do that manually).

You can screw the mounting bracket to your wall but I didn’t want to do that so I used heavy duty Velcro tape instead after cleaning the brick underneath. This has worked fine, the doorbell has been in the  bracket for a month and shown no sign of detaching from my wall. The doorbell clicks into this bracket and is easily removable which could be seen as a pro (take it off to recharge) or a con (easier to steal).

A great feature of this Mirabella video doorbell is using commonly available 18650 high capacity lithium batteries which you can charge by plugging the doorbell into a micro USB cable or take the batteries out and charge them in a 18650 battery charger.

Be very careful putting the batteries in with correct +- direction otherwise you’ll permanently damage your doorbell and the batteries within a second and you could cause a lithium battery fire if they’re left inside with wrong polarity for a while.

Charging via micro USB takes several hours so you can buy 2 extra 18650 batteries that you could keep spare pre charged ready to put into the video doorbell when you get a low battery notification.

As with all video doorbells I recommend charging the batteries first and connecting it to your home Wi-Fi before screwing/sticking it to the wall next to your front door. Mirabella recommends using a 2.4Ghz Wi-Fi network. A 5Ghz only network will not work with it. 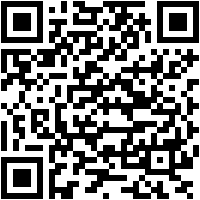 Once setup I already had the Alexa “Mirabella Genio” skill enabled so I just told Alexa to “discover devices” and after 30 seconds it said “found doorbell”.

However the Alexa command “show me the doorbell” didn’t work. Alexa responded “doorbell doesn’t support that”. Also my Alexa speakers didn’t say anything when the doorbell button was pressed.

Then I connected the doorbell to Google Home and that worked, when the button was pressed my Nest mini speaker said “someone’s at front doorbell”

However I couldn’t see video on my Nest Hub display when someone pressed the doorbell button so the device seems only capable of audio notifications via Google not Alexa devices.

If you don’t have a Google speaker or display to act as a chime and alert you when the doorbell is pressed, there is a USB powered Chime in the box but I found it wasn’t very loud and had to be within 10-15 metres of the doorbell to work.

Thankfully on my phone I do get notifications that someone is at the door which I can press to see a photo grab of when the button was pressed some time ago or live video if I react immediately when it is pressed.

As with many other Wi-Fi video doorbells there is a several second lag time between someone pressing the doorbell and a notification on my phone and Nest Mini speaker.

The PIR sensor if left on triggers about 2 seconds after movement happens so if something fast happens eg a senior on one those mobility scooters zoomed past, by the time the camera took a snap he was out of the frame already

In the settings PIR “low” resulted in many daily notifications when any person walked past my house 4-5 metres from my front door and rapidly drained the battery. So it’s not very useful in that case. PIR motion sensing might be more useful if you have a long driveway so you don’t get false positives from street movement.

PIR would be most useful if it only triggered within 2 metres of the door bell. PIR high would be even more hyper sensitive with more false positives so I didn’t bother trying it and set PIR to off.

With PIR off the battery looks like it will last for several months. It’s only at 90% after a few weeks.

Video quality in daylight is good and at night it’s OK but doesn’t show detail as far away.

If the video doorbell is on the wall of a covered veranda then the image sensor often exposed the image for the bright background and the face of the person at your front door is quite dark and not possible to identify. This is because the image sensor can’t handle looking at high dynamic range situations.

140 degree field of view isn’t enough to see a person properly if they stand close to the door. It also can’t see more than a head and chest. It definitely can’t see if someone has leave a parcel on your doormat.

On one hand there’s no cloud storage of video or photos taken, the motion sensing is so sensitive I had to turn it off and the Alexa integration doesn’t work (Google does).

On the other hand the battery life is really long once motion sensing is off, the Mirabella app phone notification and Google speaker notification have worked reliably and at $99 it’s a quite cheap basic subscription free option.

Compared to just having a standard wireless chime doorbell this video doorbell has saved me several times from having a parcel delivery left on my doormat where it could be stolen. Instead I could speak both-ways to the Postie through the doorbell and ask them to take the package to the post office or deliver it tomorrow etc.

There was also an occasion recently when I checked my phone after being busy for a while and noticed a doorbell notification with accompanying photo.

I could read the box details on the notification photo and contacted the sender to try again tomorrow. Without the video doorbell I wouldn’t have known about the missed delivery as the courier didn’t leave a note and online tracking didn’t record a missed delivery.

So while it isn’t the fanciest video doorbell the basics work enough to be useful if all you want to spend is $99 one off.

So I give it a thumbs up for readers on a tight budget especially if you already have at least one Google speaker/display to act as a Chime inside.

Mirabella has allowed Ausdroid to keep the video doorbell for comparison with future competitor doorbell reviews.

If you turn PIR off doesn’t that make it useless if you want to see who stole the parcel left on your porch?

Because of this article, I bought one yesterday and it was delivered today. Works great for me. Linked straight away to google home and it does notify me on all of my home devices, including my Android TV, though I can’t view the video on the TV. Streams pretty well to my Nest Hub. It’s a great buy.

Did you get this to work with Android TV ?