Home Smart Home and Wearables Around the Home Arlo Essential Indoor Camera Review — A focus on security while maintaining... 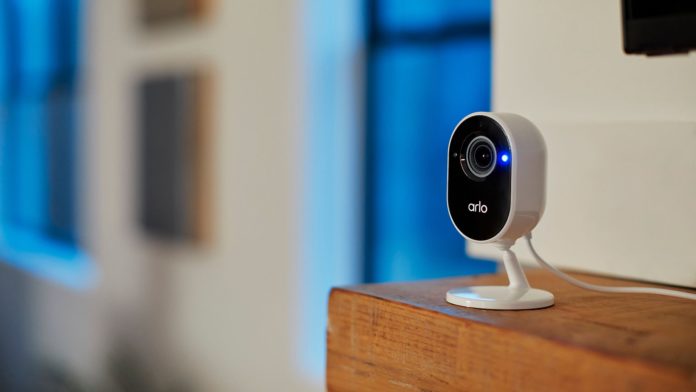 Arlo makes some great equipment for home security, it’s high quality, feature-rich and pretty affordable. So when they reached out to us to take a look at the recently released Arlo Essential Indoor Camera, the answer was a very quick “yes please”.

Particularly since the changes in the Arlo ecosystem over the last two years have taken it from a good platform to a mature one. With features that will suit home and small business users, extra’s that minimise false alerts and a reasonably affordable subscription model.

So what is the Essential Indoor Camera?

As the name suggests, it’s a camera specifically designed for indoor use. It needs mains power, it’s got a relatively short power cord and it’s not IP rated. But for what it seemingly lacks as an indoor designed camera, it makes up for with a few other features but let’s look at the basics first.

As we outlined in the release, the specs tick all of the boxes you would expect from a DIY indoor security camera, particularly from a name like Arlo:

An important point of note for many potential buyers is that — holistically speaking — the Arlo system is compatible with both the Alexa and Assistant platforms or if you wish IFTTT. More specifically to the Essential Indoor camera, it’s not only got the privacy shield but it’s physically quite small in footprint. The only real downside I see to the camera in my time with it is the fact it has to be relatively close to a power socket. I’m not yet convinced that anyone will buy the Essential Indoor Camera as a stand-alone item. I do believe that it’s an excellent additional item for anyone who already has an Arlo system installed. At an RRP of AU$159.00 — if you’re keen, watch the usual retailers for specials — it’s not the cheapest indoor camera around, but it’s small, light and has a strong feature set to back it up.

Arlo has one of the easiest setup processes I’ve experienced

In previous Arlo device reviews, we’ve mentioned the ease of setup and that continued here. The process really couldn’t be easier, only needing to plug the camera in, open the app and follow the bouncing ball to complete the setup. Including photos, this process took me less than 5 minutes.

Immediately after the camera was linked to my account, I was notified of a firmware update which then commenced automatically. This is something I’ve come to expect and often take for granted with quality systems: Maintenance of the devices and their security being at the forefront.

While I only used the camera sitting on a shelf, there is a mounting plate in the pack that can be affixed to a permanent position. This is, of course, if you’re planning on mounting the camera and never moving it. In this case, I’d suggest trying the position for a day or two with some double-sided tape before you permanently fix the camera in place. This is to make sure you’re not blinding the camera with bad lighting, or at night, with IR reflection.

The other area of consideration with a small device like this one is the angles that you can use. The base has a wide variety of angles thanks to the swivel action and this opens the camera to be very versatile in its placement.

Did it perform well?

The short answer is yes, it did very well even in a couple of deliberately questionable positions that posed lighting issues for the device. Regardless of placement and lighting around the camera, it detected movement and sent notifications almost instantly every time there was movement.

I tested it in the family living space, in the bedroom to check that the privacy shield worked as intended and outside the back door in a larger open space. While the night vision isn’t brilliant, it’s more than enough to give you a good view of whatever is happening in a single room of your home even in pitch black conditions.

If you want to get a slightly better view (day or night) of what’s happening, you can zoom in a bit but it is a digital zoom. So you’ll lose a bit of clarity and that could be a problem in some instances, but if you’re just framing motion that’s not a problem.

It’s really good but there’s a couple of limitations

I’m a little surprised in the current day and age, that a power cable is still a MicroUSB option. USB C has better power delivery capability, potentially over longer distances which leads me to my next issue. The cable is 2 meters long, which, in most cases is enough but if you’re mounting the camera in a corner of a room up high that could be an issue for you.

There are options to overcome this including just changing the power cable since the power pack has a USB A port, not a permanently attached cable. The other is to position the camera exactly where you want it and if there’s no power available get a sparky to install one.

The other issue, already mentioned, is that the night vision is good but not great if you’re more than a few meters from the camera. That’s just the reality of a physically smaller camera in that the IR lighting isn’t as powerful and the lens isn’t as capable as bigger cameras.

In previous reviews of Arlo hardware, we’ve covered the app pretty comprehensively. Over time, the Arlo app has steadily evolved to a point where — like most others — it is very user friendly, easy to understand, set up your hardware and make it work for you.

I am particularly fond of the way that you can schedule your cameras to operate, manually trigger the cameras to arm, or have the status based on your location. Until now I’ve left the cameras all armed all of the time but it does encourage you to set schedules by the potentially high volume of notifications you’ll receive.

For the uninitiated, here’s the rub. While the hardware isn’t cheap, it’s also not going to bankrupt too many potential buyers, but then there are the subscriptions. In the case of Arlo Smart, you’ll be up for $4.49 per month for a single camera or $14.99 per month for up to 5 devices recording at up to 2K.

Arlo Smart gets you a lot of extra features for your dollars including rich notifications, Smart detection (person, vehicle and animal) that reduces notifications, package detection, activity zones and the option to phone a friend when you trigger the feature.

Do you need Arlo Smart? No
Do you get a better user experience from having it? Yes

If you’re going to invest in cameras like this, then it’s worth knowing ahead of time that the subscriptions are worth the money.

Already having several Arlo cameras around my home, absolutely I would because integration into the existing system in my home is so easy. It’s another really good quality camera that gives users more visibility around their home while managing to protect the users’ privacy. The quality of the video is excellent providing you have decent upload speeds on your Internet connection.

It’s far from the cheapest indoor camera available at $159.00 so that’s going to figure into the buying decision for a lot of people. I also can’t see someone who’s just beginning to set up cameras around their home buying this as a starting point, this is definitely something that someone who knows what they want and needs will buy. One final point of note from a sustainability perspective is the lack of plastic in the packaging. This is something I’ve noticed increasingly on a lot of hardware over the last 12 – 18 months. This is the first time though that I’ve genuinely thought that there was no pointless plastic, only two small bags to contain the mounting screws and documentation. Arlo needs to be commended on its clear effort to minimise non-recyclable waste in its products.

The item has not been requested for return by the PR company.