Home News and Editorial As mobile location technology improves, so does the ability of Emergency responders... It’s important when it comes to emergencies to be able to identify a very specific and exact location. In rural and remote areas, often the services are left searching for an emergency and at times unable to find it. In the case of vehicle accidents involving injuries, this poses a major risk to the people involved as it hampers the services speedy arrival. New technology, knowns as Advanced Mobile Location is assisting to overcome that.

The early tests were completed in 2020 with it being officially turned on earlier this month. The result is that your location is known (provided your call is from a mobile device) to within around 50 meters at the time you place your call for help.

Having been involved in searches in the past, the ability to triangulate a callers location from mobile has been possible but not particularly accurate for some time. So inaccurate in fact, that depending on where you’re calling from that triangulation can isolate an area in the magnitude of kilometres.

It is known that around half of the calls made to 000 nationally are from compatible mobiles and, according to the About 50 per cent of calls to triple zero are made with mobile phones that are AML-capable. According to Sarah Renner, the authority’s executive director of emergency communications services there have already been successful cases from the use of AML:

In rural locations it’s really common for callers to be unaware of the name of the road on which they are travelling, and so with this event, AML, using the GPS data, gave a location to within five metres, which was a really fantastic outcome. 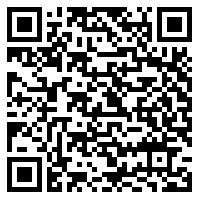 There are plenty of other applications that can assist you to identify your location to a relatively small area. Examples such as Emergency Plus that uses GPS to provide “what 3 words” locations is also hugely useful. At the end of the day, these apps and features are designed to help keep you safe and ensure a speedy response if you need the assistance of Emergency Services.