It doesn’t really matter if you’re into PCs, game consoles or photography and videography, the odds are you’ve used a WD and/or Sandisk product. Given their footing in all things storage, it’s an exciting time when a new batch of hardware is released.

Starting with the WD Black SN750 SE, an NVMe SSD for PC or Laptops. It requires PCIe Gen4 and delivers high read speeds (3.6Gbps) and reduces power consumption over previous generations. With the continued focus on performance, the WD Dashboard — installed software — will allow users to monitor the health fo their drive to keep performance at peak.

Pricing starts at $89.99 for the 250GB drive with availability starting in late June. Other capacities include 500GB and 1TB with pricing to be announced.

The WD Black D30 Game Drive is for consoles to provide high-speed storage, to reduce the need for games to be deleted and downloaded again if you come back to it. The problem with cheaper add-on drives for consoles is the slow access capabilities of some of them. The WD D30 delivers read speeds up to 900 MB/s on the device. Available in 500GB, 1TB or 2TB options, pricing starts at $179.00 and available through the usual retail channels in August.

WD has also released a D30 game drive for Xbox, an officially licenced product that delivers, and looks the goods. The D30 for Xbox is fast enough to allow gameplay directly from it, without the need to uninstall to free up space. For those who enjoy Xbox gaming, a bonus included with the purchase of 1-month membership of Xbox Game Pass Ultimate is a win.

The D30 for Xbox comes in 500GB, 1TB and 2TB capacities with (remember it’s Xbox licenced) a starting price of $199 and available starting in August through the usual retail chains.

Onto the heavier hitting Sandisk range where the range expansion focuses on readers, docks and drives for professionals needing big storage and fast transfers. 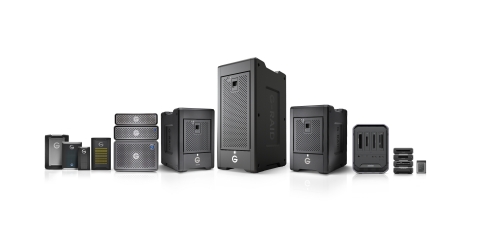 All of which is scalable, integrated and extremely capable of data transfer and ingesting into your workflow fast! The CFexpress VPG400 can process video recording at 400Mb/s, ready for videographers recording in 4K. Once you’ve recorded your footage, you’ll be able to transfer the data to your computer through the Pro-reader devices. Whether this is a stand-alone item, or whether you adopt the Pro-dock for simultaneous, multi-reader interfacing onto your primary storage.

That’s when the G-Drive system: Mobile, Desktop or network-based options come into play. In reality, this isn’t an option for average home use, but rather critical data systems and content creators who need quick access to large amounts of data.

Broadly speaking, the new Sandisk range will start appearing in August this year.