Home News and Editorial Sony levels up its noise-cancelling earbuds with WF-1000XM4, coming mid-July at $450 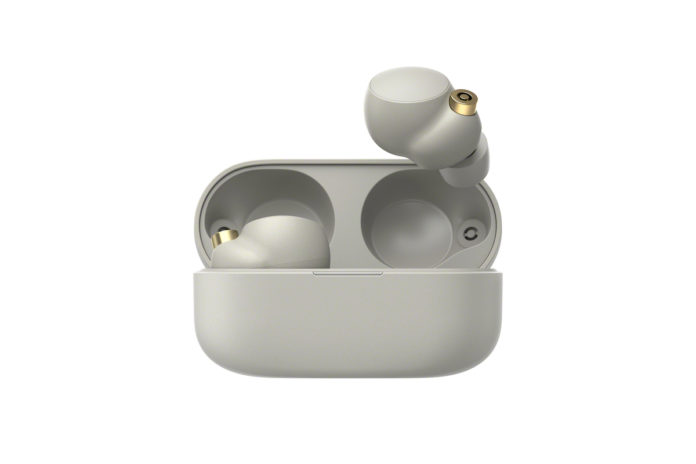 We’ve been waiting a while for this one, and the day is finally here – Sony has overnight announced the launch of their newest noise-cancelling earbuds, the WF-1000XM4 (we’ll call it XM4 for short). The new earbuds are expected to hit local stores in mid-July with an asking price of $450.

Sony’s 1000XM products are all about noise cancellation, whether it’s just allowing you to enjoy your music (or podcasts, or calls) in blissfull isolation or removing background noise from noisy environments (planes, trains and automobiles). The company knows noise cancellation tech, and its products are among the best in the business.

We’ve seen a huge push over the last few years to add noise cancellation features to ever smaller earbuds, and the WF-1000XM3s in 2019 were a revelation in terms of what can be achieved within the true wireless form factor. These new buds are a sequel to that older XM3 product, and with just two years between products Sony seems to have improved on them in a number of key ways.

The first area of major improvement is fit. Sony’s taken criticism of the older XM3 model to heart when it comes to fit and comfort, and delivered a very different design for XM4. 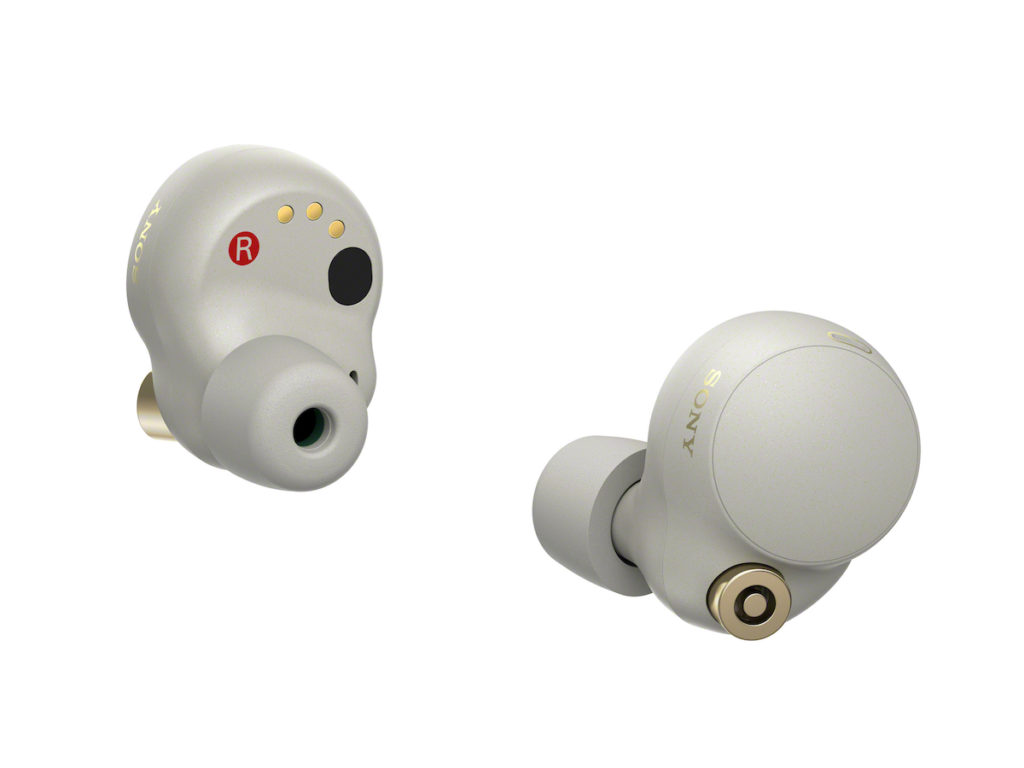 While we didn’t have much issue with the original fit, we heard from plenty of others that they found the buds uncomfortable. The new buds are more compact (Sony says they’re now 10% smaller) and don’t present the elongated touch panel of their predecessor, opting for a smaller, more standard-sized touch-surface.

Sony’s also put effort into redesigning the tips of the earbuds that point into your ear. Now called “Noise Isolation Earbud Tips”, they’re made from a new foam-ish material that’s softer and more elastic, so they’ll maintain more contact between the tip and the surface of your ear canal. This should be grippy enough to keep them from getting dislodged, while also proividing a snug fit to stop sound getting into your ear beyond that which is coming from the buds themselves.

While we’re talking about design and materials, special mention should go to Sony’s efforts to reduce packaging waste with plastic-free packaging and made from 99% recycled materials. This is a move we’re seeing from a number of companies in the personal audio space and gets a big tick from us – nice one, Sony.

Finally, an important new feature on the design front is the addition of an IP-rating for these buds – IPX4. The previous XM3 buds lacked such a rating, making them hard to recommend for environments such as gym workouts where they were likely to get wet. IPX4 is splash resistance, so while you won’t want to submerge the XM4’s they’re now safer to use in more environments.

Sony’s given the XM4 a big upgrade in terms of processing power with a dedicated processor (“Sony Integrated Processor V1”) that combines noise cancellation with the buds’ Bluetooth brain so that your new earbuds are able to cancel more noise, and use less power doing it.

Each earbud features two noise-sensing microphones with a new 6mm driver unit, ensuring that ambient noise is heard, analysed and cancelled effectively. Sony says that this allows the new buds to perform better than before on low frequencies. The earphones will also automatically cancel wind noise – a common problem with smaller, in-ear noise cancelling buds

The new true wireless XM4 brings a feature from its big brother (last year’s over-ear XM4) called Speak-to-Chat, which allows the earbuds to recognise when you start talking, send a pause command to your device and switch on ambient sound mode so you can hear what’s going on around you. This should make it a lot easier to handle those cases when people start talking to you and keep talking while you fumble around trying to pause the music yourself or remove an earbud so you can hear them. If your hands are free, there’s also Quick Attention mode, which turns off noise cancelling with a touch-and-hold of the left earbud.

XM4 also features Adaptive Sound Control, which seems to use preset noise cancellation settings based on what the buds (and Sony’s app) think you’re doing at the time – walking in the park, travelling to work, standing still, etc. This feature can also learn how to adapt automatically to the places you visit frequently.

While we were fond of the XM3 model, the carrying case missed a few tricks like wireless charging – and it was also pretty big. That size seemed to be a function of the design of the earbuds though, so with the new model’s updated design it should come as no surprise that the case is now smaller.

The new buds can carry an 8-hour charge, with an extra 16 hours from the case’s battery. Those numbers jump to 10 hours (buds) and 24 hours (case) if you turn off noise cancellation, but where’s the fun in that? The new case still charges happily with USB-C, but also comes with the welcome addition of Qi wireless charging. Thanks to the addition of quick charging tech, a 5-minute charge of the earbuds will get you 60 minutes of listening time.

This all sounds pretty great and, to be honest, we’re really looking forward to going ears-on with these new buds.

Sony’s new true wireless WF-1000XM4 earbuds will be available in black or silver. The older XM3 model was widely available from most major retailers, and we’re expecting the same here. They’ll be going on sale in Australia in mid-July, for an admittedly-hefty asking price of $450.

The true wireless noise cancelling earbuds space is a lot busier than it was just two years ago when the XM3 model was released. There’s lots of companies vying for a slice of the pie now, but it’s fair to say we expect pretty great things from Sony and will be looking to see them justify that price tag.

More information and full specs are at Sony’s website.

That’s why i love sony more than JBL

These look to be going for $389 at both JB and Sony AU online store.