Now, this is something a bit different, well thought out and really broadly functional. Where other headsets come with a USB connector, or Bluetooth connectivity or hardwired connection this one has a transferrable USB-C connector. It’s also got a USB-C cable, 3.5mm connector and a converter cable so you can connect to almost — except Apple devices — anything!

We’re talking about the Razer Barracuda X headset, it’s a USB-C connected, wireless headset for cross-device use throughout your daily life. Unlike other headsets we’ve looked at in the past from Razer, while it still has its look, it’s not as bold in its gamer focussed aesthetic. But that doesn’t detract from its pedigree or capability, but we’ll take a closer look at the hardware first.

The first thing that struck me when unboxing the headset is how lightweight it is, then (once the protective cover came off) how understated the look is. It’s easy to get caught up in the RGB flashiness of gaming hardware, but this isn’t just a gaming headset it’s for everyday use. You’ll find everything you need in the box to make the Barracuda X deliver. There’s a number of cables, the connector and of course, the headset. There are a number more cables than you would immediately think are necessary, but there’s a good reason for that and it’s to ensure you can connect to all of your compatible devices.

Collectively this allows you to connect to most gaming devices including a PC, Playstation, Switch or Android device. Of course, you can use the 3.5mm cable to connect to a range more devices but you won’t have some of the controls available as it will be detected as a generic headset. As part of the step back from bright lights, RGB and a gaming focus in the look, Razer has made the cardioid microphone removable so you can use the headset just for music, or attach it and give your callers better voice quality from you. The look still has an edge to it that only takes a moment to recognise as a Razer device.

The comfort, sound and controls

As part of the unboxing, we already mentioned how lightweight the headset is. Added to this, is the ample padding (so it’s not uncomfortable to wear with glasses) and adjustability of the headset with the overhead arm easily extended, as well as the pivot and swivel of the ear cups. It’s also exceedingly well balanced,

The combination of these factors makes the Barracuda X possibly the most comfortable headset I’ve used in quite some time.

One of the areas that some headsets fall down on is the sound range. They’re often far too focussed on a particular sound range over another resulting in unbalanced sound. I had some pretty big concerns about this, wondering how big the sacrifice on sound was with Razer choosing to reduce the driver size from 50, to 40mm. So I was so pleased when I wound up the volume to hear a well balanced, full range of sound. The mids were very clean, the high register sound excellent and the bass well balanced but perhaps a little lacking in punch.

This is a really fine line to walk for the sound engineers at Razer and given this headset isn’t laser focussed on gaming, they’ve done well. As part of the testing we’ve conducted over the last couple of weeks we’ve enjoyed streaming media, movies, sports as well as gaming. None of these areas really shone, but there were no points in time where I wanted or expected more from the headset.

For commuters, the lack of noise-cancelling may present a barrier to purchase. Personally, I found the noise isolation with the padding pretty good, so aside from air travel, this would meet the needs of most users.

On the surface, the controls are pretty limited with only a single responsive button on the device. But it’s enough for call handling when connected to your phone, or to control media playback (play/pause) when you’re streaming media. The other options available are a pushbutton to mute your microphone and volume roller.

The final piece of this puzzle is the detachable cardioid microphone which — while not noise isolating — does reduce a lot of the background noise for calls and gaming. It captures really clean voice audio, even if you’re getting a bit rowdy, thanks to the directional nature of the mic and the arm adjustability.

With so much to like, is there any downside?

The Razer Barracuda X is broadly functional when you look at the connectivity options. Of that, it would be nice to have Bluetooth connectivity just to broaden the capabilities (and career for those who have “LifeProof cases” where the connector won’t reach the USB C port) a touch more to Apple hardware and capture a bit more potential market. The only other area where I could potentially criticise its performance is the lack of volume. I would, however, argue that this is more about sound quality than “quantity” per see. I’d also really like to see a case of some sort for the headset to protect it in transit if you’re not using it to avoid it getting banged around in your bag. The other factor that does concern me is the wireless connector, it’s physically small enough to lose very easily. Having some sort of recess in the headset to store the dongle when not in use would have been an excellent idea, or even a carry case to protect this and the headset, something I’d happily pay an extra $25 or so for. Not having it doesn’t affect the performance, but has the potential to ruin the user experience if you’re unfortunate enough to lose the wireless dongle.

This is something a bit different from Razer, stepping away from their usual gaming focus for headsets. The look is more subdued without being boring, offering an impressively wide range of wired and wireless connectivity whether it’s for work or play.

One of the flow-on effects of the Barracuda X being aimed at a more daily use case versus gaming is the lack of RGB lighting and other power hungry aesthetics. This gives it really impressive battery life, with — on paper — over 20 hours of use but I was getting more than from the battery consistently. 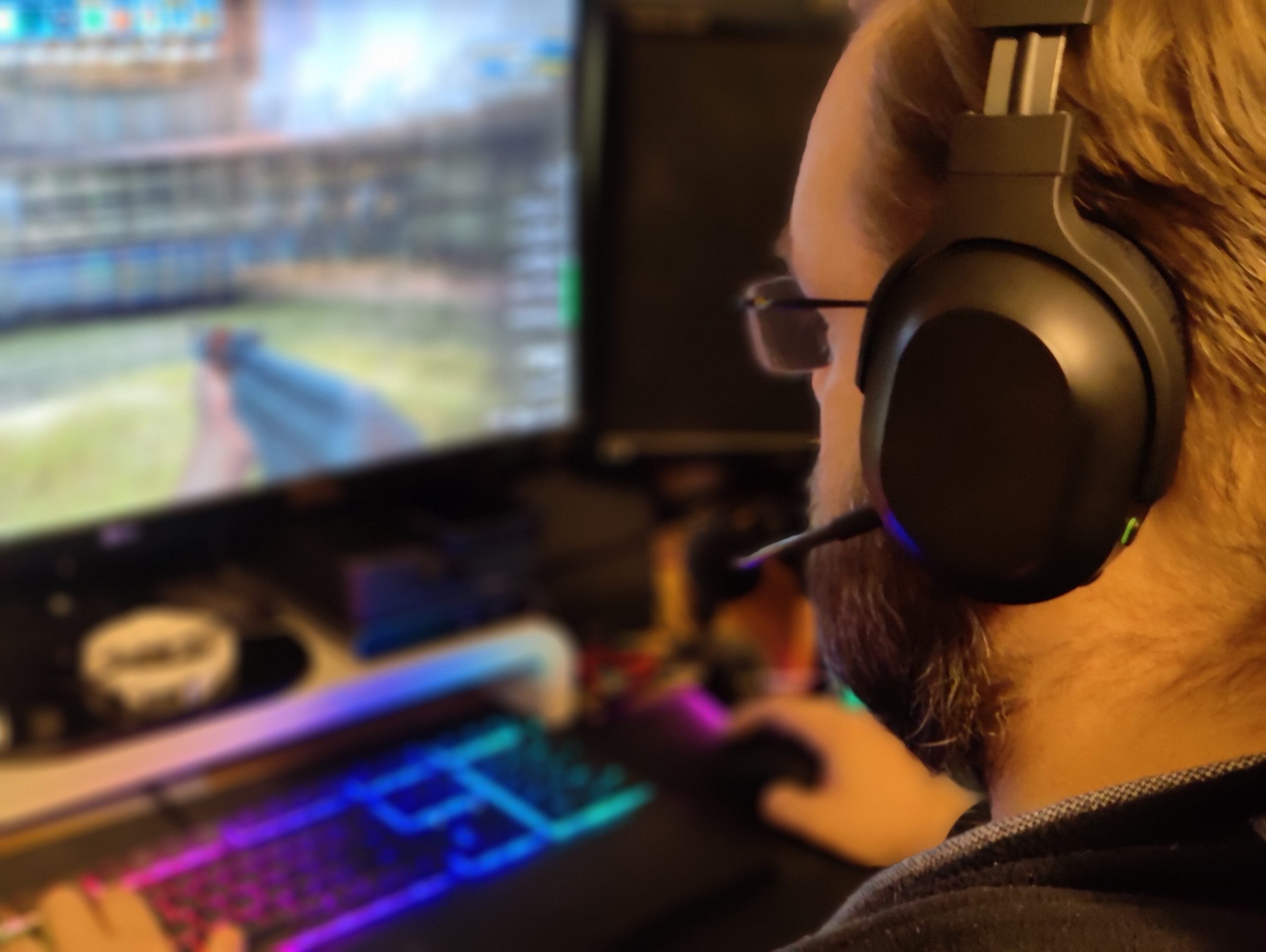 The removable microphone is one of the factors that help the versatility of the headset, making it a viable option for users who want to use it daily while commuting or in the office when the mic is not needed. The audio from the mic is clear and crisp for calls or gaming and that’s just the start of the audio pleasure. Yes, it does lack a tiny bit of punch compared to higher end — audio only — headsets, but when you consider the cost vs those and the $149.95 you’ll fork out for this one. The balance of the audio as well as the quality is really good and doesn’t just make this a good bang for buck headset, it’s just a really good headset whether it’s for work, or play.

You can pick one up online or through the usual retailers: JB Hi-Fi, Harvey Norman, Bing Lee, Officeworks, Channel, Amazon and eBay for — as mentioned — $149.95 which, I honestly believe is cheap for the quality and functionality you’re getting.

Thanks Phil, any thoughts on integration with Microsoft Teams? Or does it ‘just work’?