Home News and Editorial New Samsung Tab A7 Lite vs Tab A7 – which is better? 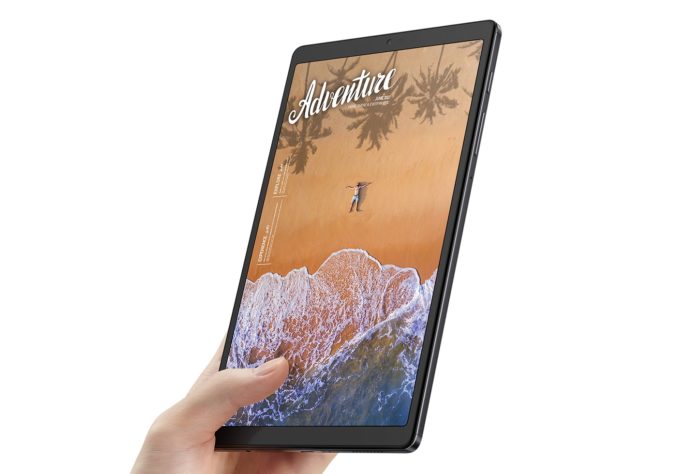 Samsung Australia has announced local pricing and availability for the newest addition to the Galaxy Tab range, the Galaxy Tab A7 Lite (in grey) for $249 (Wi-Fi) or $349 (4G). With an 8.7″ screen housed in a durable metal cover, the compact Galaxy Tab A7 Lite is smaller, lighter and $50 cheaper than the Tab A7 which has a 10.4″ screen. Both have a relatively slim bezel around the display while the A7 Lite has two stereo Speakers and the Tab A7 has 4 speakers, so the Tab A7 is better for audio playback. The Tab A7 is available with 32 or 64 GB of internal storage whereas the Tab A7 Lite is 32Gb only. Both are expandable up to 1TB with a MicroSD card to store pictures to video. In terms of processor speed neither are speed demons but the Tab A7’s Qualcomm SM6115 Snapdragon 662 (11 nm) easily outruns the Tab A7 Lite’s Mediatek MT8768T Helio P22T (12 nm).

Both have a headphone jack, Bluetooth 5, USB-C charge port and 8MP back camera but the Tab A7’s 5MP front selfie/video conferencing camera is far superior to the Tab A7 Lite’s 2MP. Charging speed is the same for both with 15W Adaptive Fast Charging but the Tab A7 has a much larger 7040 mAh battery vs the Tab A7 Lite’s 5100 mAh. Both have optional LTE SIM card capable models that cost more.

Overall if you can afford the Samsung Galaxy Tab A7 (currently $297 at Officeworks) it’s definitely worth spending about $50 more than the $249 Tab A7 Lite for a much better screen, speakers and faster processor. In my opinion, the only reason you’d buy the Tab A7 Lite is if you need a smaller lighter tablet for young children who are only going to use it for basic things like watching Disney Plus movies or Bluey on ABC iView.

All the Samsung A Series Tablets can be compared on their website.

Ah well, back to considering an iPad Mini as I want the smaller screen size.

nope, it only says USB 2.0. please looks into the link you posted to compare devices above

never heard the word “USB-C 2.0” lol
refer to the page you linked above to compare the tabs

I’m in the same boat…