Gamers come in all shapes and sizes, ages and backgrounds and the available range of games is seemingly endless. So it makes sense that gaming hardware is just as diverse. When it comes to sports games, there isn’t any better way to engage — with the exception of racing sims — in the game than the good old controller. Whether it’s Xbox, Playstation or PC the form factor is largely the same but there are some differences in the layout and capabilities. For the last few weeks, we’ve had the RIG Pro Compact controller and 500 Pro HX Headset on review, and they’re a great pairing.

When it comes to game controllers — as we’ve said in the past — there’s only so much you can do with it in terms of ergonomics. Over time, from the first Xbox, a lot of research, time and engineering has gone into controllers to develop what we have today. But there’s no harm in making some tweaks to a winning formula right?

The Rig Pro Compact isn’t actually that compact but, with the slight reduction in size, is far more usable for people who have slightly smaller hands. Despite the slight reduction in size, it maintains the layout you’d expect from a game controller including the d-pad and thumb stick on the left side. A couple of buttons that — on other controllers are more central — have been moved further to the sides of the device, making them easier to access in the heat of battle. Designed for either Xbox (Xbox One or Series X/S) or PC users it delivers everything you need from a controller and a huge bonus. That bonus is a built-in Doby Atmos controller when you plug in a headset. For games where you’re reliant on directional sound, this isn’t just a bonus it’s an advantage in your gaming but more on this shortly.

The feel of the controller is fairly generic in that the handholds are the standard shape and angles. The biggest point of difference from a standard controller is that the buttons are slightly larger and more pronounced, with the RT and LT buttons having a comparatively short throw between 0 and 100% application. The more compact design with the button placement meant less muscle fatigue and longer, more comfortable gaming sessions. 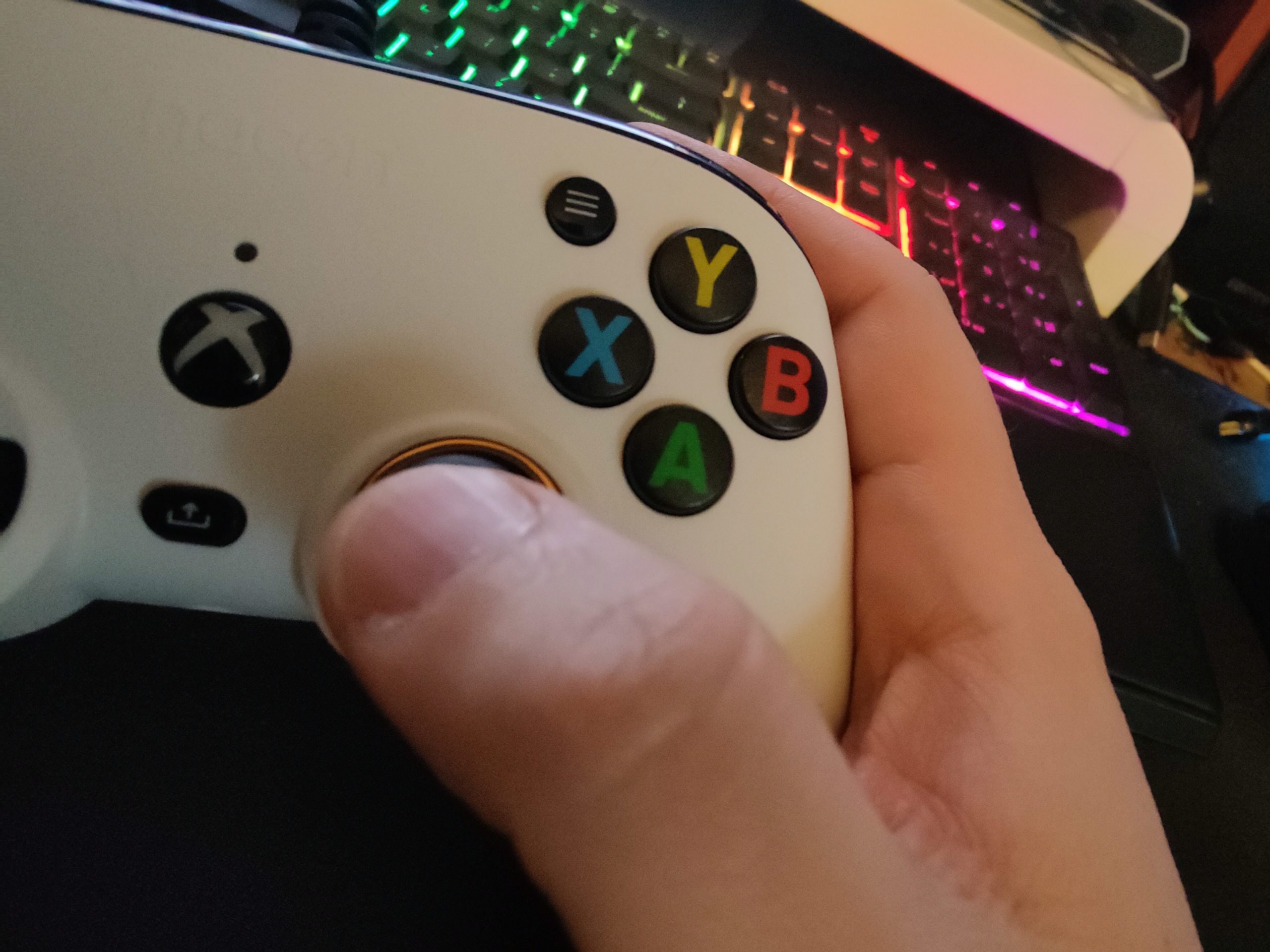 The layout is right, the buttons are more pronounced, slightly larger and wider than on a standard controller. So if you’ve got nerve sensitivity or even some minor motor function issues, this is definitely a controller worth looking at. But it’s not just for a niche market, it’s a very comfortable controller but does take a bit of adjusting to. Any change in gaming peripherals does, so that’s not a criticism of this controller just a fact.

After that adjustment, the lightweight build and decent cable length were both welcome. They add some flexibility to your gameplay adding a nice touch of polish, to an already excellent user experience.

The RIG 500 Pro AX headset is an interesting beast, it looks pretty cool and is definitely focused on the gaming market. It’s a bit different in its design and fit than “the norm” and while that’s okay, it is also not going to be ideal for everyone.

I have a — please, be gentle with the jokes — large head, so much so that many hats don’t fit me properly and that makes some headsets problematic too. In this case, where most headsets have an adjustable arm this has a set arm with a suspended headband inside that which adjusts elastically. It isn’t a bad thing but it does limit the adjustability of the headset quite a bit. 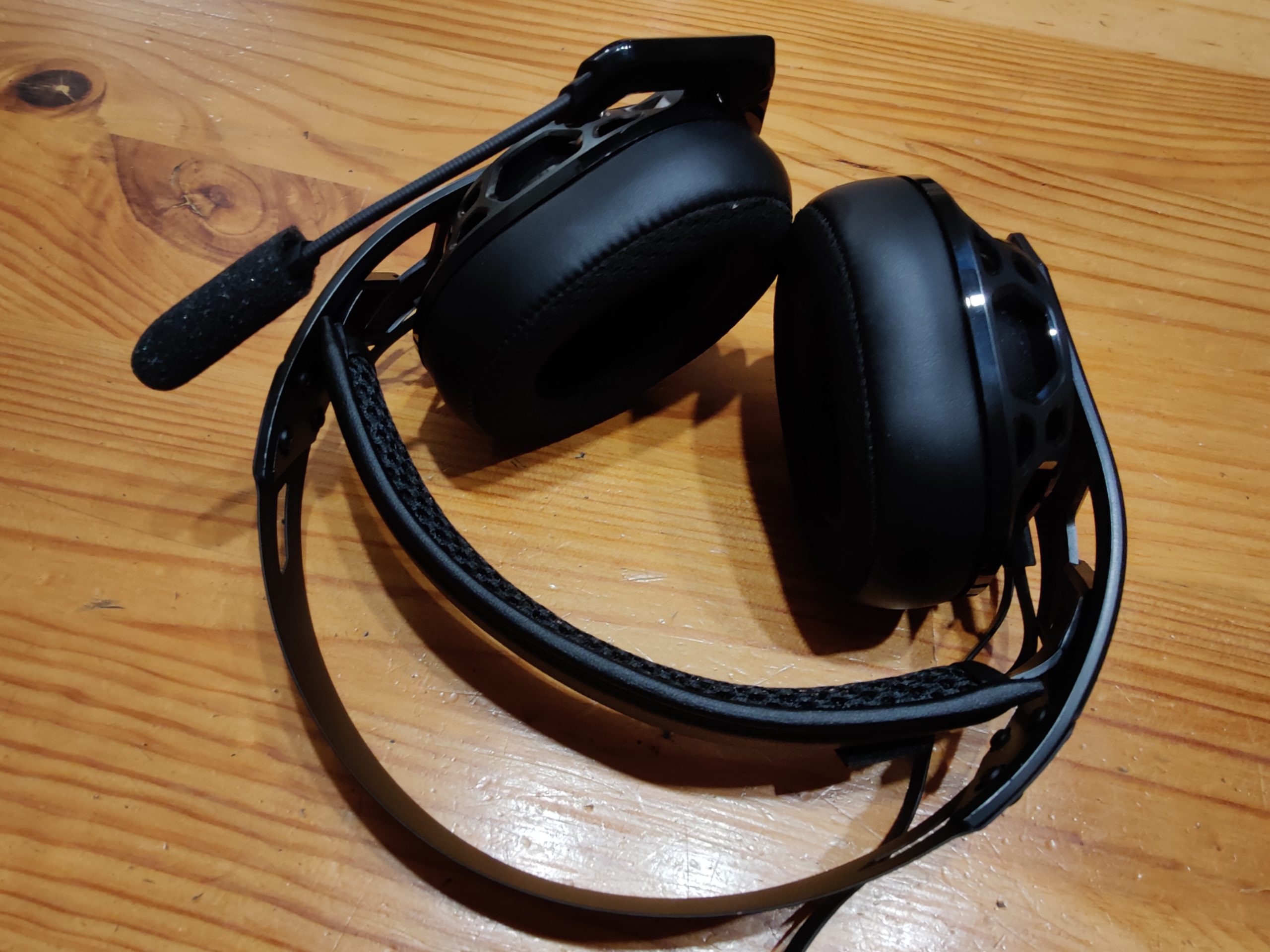 Once I got past that initial fitting of the headset, to its maximum stretch: The earcups have walked a fine line between super soft padding and too firm — to my preference at least — and with the balance of the headset on the headband it’s the comfort offered by the RIG Pro HX is worthy of a far higher price tag.

Landing at $119.00 it’s a very reasonable outlay for a rather decent headset, the impression was pretty good. The aesthetic of it is pretty cool while remaining a little on the subtle side as there’s no RGB lighting or other visual effects. It feels light without feeling too light or cheap and solid enough to last through a few rage quit moments. My only immediate wish (when benign considerate of the headset cost) is that the cable was at least a meter longer. It’s fine for laptop use or if you’re using it in a controller, but if you want to plug it into a computer, you’ll have to either have the PC on your desk or buy a 3.5mm extender cable.

The short story with controls is that there aren’t any apart from a single volume slider on the cable. The microphone is exceptionally good for communicating in games, or on video calls while working from home. It captures clear, quality audio and minimises background noises which can be really useful if you — like anyone else in lockdown right now — have kids at home during the day. While there’s no physical button to mute the microphone, it’s easy to do by simply flipping it up away from your face in line with the overhead band. 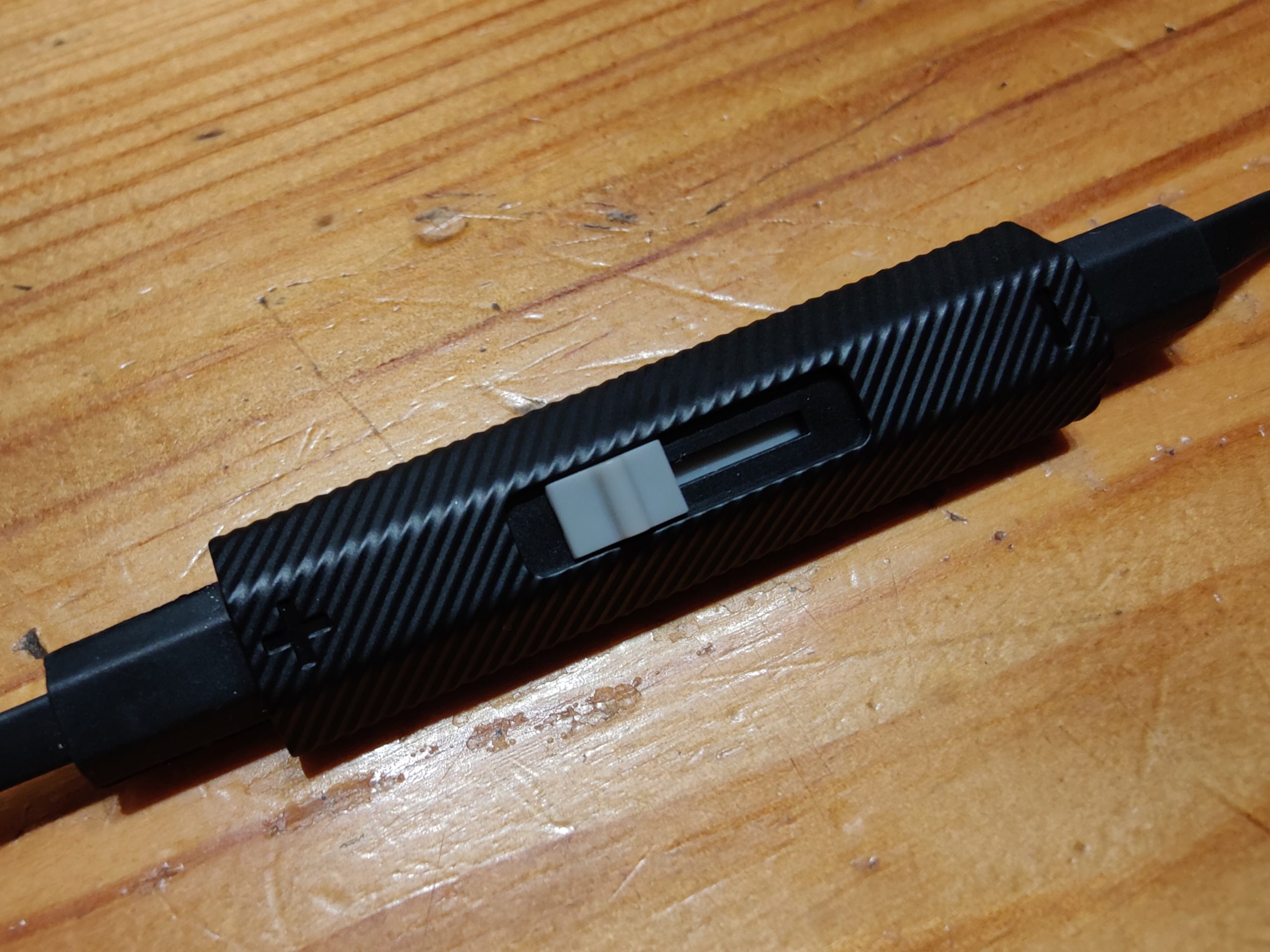 The audio is interesting, and depending on your choice of games, could be a problem. For some games, where you only need some directional hearing it’s absolutely fine, in fact, it’s a really good option. But when the depth (distance from your location) of sound is a must like FPS, I found that it was difficult to determine how far away a particular threat was.

Conversely, the music listening experience is consistent, clean and generally really lifts the experience of this particular headset. There is no sharpness to the sound that’s unwanted, the only downside is the low register is a bit flat if you’re listening at low volume. But who honestly sits there listening to their favourite tunes at low volume?

As a stand-alone item, these both stand the risk of disappearing in the crowd of hardware. As a pairing with the Pro Compact controller, they’re an excellent pairing. We mentioned the sound being a bit hit and miss with regard to directional sounds and the clarity of depth and positional audio. That is until you’re playing a game that supports Dolby Atmos connected to the RIG Pro Compact. While the list isn’t huge at this point in time, it lifts everything! The spatial awareness is outstanding, the depth and clarity of sound intensify while you’re immersed deeper into the game you’re playing.

NB. It’s important to note that any headset will do this, the two devices have been sent to Ausdroid as a collective review pair

Who should buy one, or both of these bits of gear?

The controller will only set you back $89.00 and for what you’re getting, that actually feels like it’s underpriced. It’s comfortable to use, it’s lightweight, the controls are responsive and feel good while still sticking true to the “expected” layout so transitioning from another controller is very easy.

Combined with the headset ($119.00), it creates a really good interface for gaming that has the capacity to really immerse you into a game. This is a setup for casual gamers that I’d happily recommend or spend money on for my close friends or kids. If you’re looking for a more elite setup there are more precise options around, but what the RIG options boil down to is offering a really great value experience. As stand alone items or a pair the RIG Pro Compact Controller and 500 Pro HX Headset represent a good value for money and solid performance option. If you’ve got the budget to buy better than basics, but don’t want to burn money on big brand names then it’s definitely an option in the market. Both are available across a range of retailers online or if you prefer bricks and mortar, in-store. So if you’re keen to take a closer look, check out your preferred retailer for stocks near you.