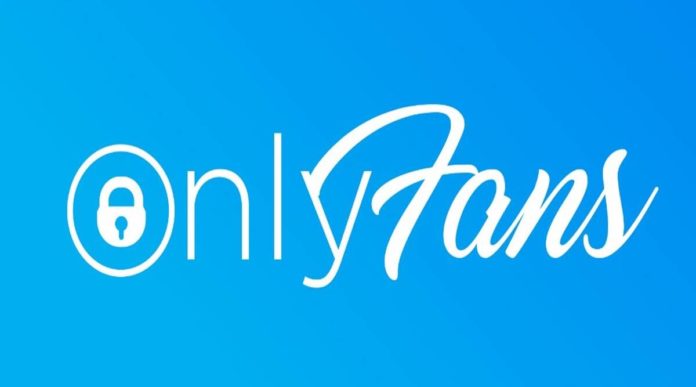 Thank you to everyone for making your voices heard.

We have secured assurances necessary to support our diverse creator community and have suspended the planned October 1 policy change.

OnlyFans stands for inclusion and we will continue to provide a home for all creators.

The short answers are that the app will only be serving safe for work (SFW) content to users and that yes, there is non-adult content.

But there’s a lot more to the story…

The meteoric rise of OnlyFans

In a similar story to services like Zoom, OnlyFans’ popularity exploded as the pandemic erupted last year. The premise being those creators can charge their subscribers for access to exclusive content such as photos, video and even direct contact with the creator themselves.

The platform, however, was significantly shaped by the number of creators who work within adult entertainment and the sex industries, moving in to supplement or perhaps even be a primary income during times of minimal physical or social contact. Ultimately, this is a safe and non-contact way to sell a variety of content to fans, and for this OnlyFans earned much praise (and money).

But when it comes to the platform’s big picture, what isn’t as broadly known is the fact that many others from the entertainment industry, influencers and content sharing industries are also on the platform. If you take the time to explore the app, you’ll find everything from fitness, to wellness, cooking and even comedy.

Since its inception, and thanks to the explosion of creators and users resulting from the pandemic, the OnlyFans platform has amassed over 120 million active users (as of April 2021) and an increasing revenue stream for the creators.

The site had made the shock announcement that as of October 2021, they would no longer allow sexually explicit content. While non-sexual nudity will still be allowed, under the altered terms of service sexually explicit content/acts, including those filmed in public areas, where members of the public are reasonably likely to see the activities will become against the terms of service and the content removed.

well, fuck me. All of my outdoor content has been removed. I’m so done, gonna go cry now pic.twitter.com/h3it7nMtwk

With OnlyFans’ rise to prominence founded around the adult content, it’s perhaps unsurprising that it has drawn scrutiny that it mightn’t want. As part of this change of direction, OnlyFans presented a clearer focus on other content — earlier mentioned — such as fitness, cooking, music and general Vlogging. Perhaps in hindsight, it became clear that these were not content sources that would keep the business viable.

That’s all well and good, but why the change?

In a statement made to Engadget, OnlyFans acknowledged of the need to change was clear:

In order to ensure the long-term sustainability of our platform, and continue to host an inclusive community of creators and fans, we must evolve our content guidelines

Ultimately, OnlyFans noted that the push was coming from the payment providers and banking partners of the company. The suggestion from these comments was that the payment partners may have withdrawn their support, potentially killing the business and quickly. Although, Protocol obtained a statement from Mastercard’s senior vice president of communications, Seth Eisen:

It’s a decision they came to themselves, with respect to the registration requirements we put in place earlier this year, those are focused on preventing unauthorized and illegal adult content where our products are accepted. There’s no impact on legal content and activity.

This leaves plenty of questions on the table, but OnlyFans has made their decision and continues to move forward with it.

There are other sources for adult content, what’s the big deal?

The impact of the changes is more than just the need for consumers to find another source. Many of the platform creators have been disappointed by the change, citing income impacts and an established client/fanbase that would potentially need to be moved to other platforms in order to simply survive.

get in losers we moving platforms

This interview was conducted during the time it appeared the content would be banned and shows the impact on individuals.

Katie (who declined to provide her screen or second name) is a resident of South Australia and has been making a comfortable living during the pandemic through the production of content for the platform. She’s also — albeit not as heavily as Melbourne, or currently Sydney workers — been impacted personally by reduced social numbers as she works in the Adult Entertainment business during normal (whatever that is now…) times.

During our conversation, she noted that the impact began early in the pandemic with disposable income becoming more scarce for many. So while she had been posting occasionally for some time and had a few subscribers, she invested more time and effort into OnlyFans content over the past 18 months or so.

Over time, as her fan base grew and lockdowns became regular and extended she began to receive requests for video content. This continued to grow her subscriber base, to a point now where she is able to maintain a reasonably comfortable living (no bills are unpaid and she’s never hungry) while maintaining her physical safety.

When the conversation moved towards the OnlyFans platform and recent changes, she said:

It was a shock to many of us (content creators) who had no early warning, just a note that some of our content had been removed due to policy violation. There are some girls whose content base is dominantly outdoors and lost so much of their work.

Personally, I’ve only lost a couple of videos and photos, but the move in October to outright ban any sex or sexually explicit acts will force me to change pathways. Yeah, there are other platforms but there’s no guarantee the subscribers will follow over so it’s near-certain that my income will be affected, potentially over 50% and that scares me!

As the conversation shifted further towards the future, Katie said that while there is a change of direction for the platform there is not yet any clear direction regarding the line between provocative and sexually explicit content. There’s an overwhelming feeling of disappointment that came across throughout the whole conversation.

During our conversation, Katie also made mention of the fact she doesn’t want sympathy for the situation she’s in, she even commented:

When it comes to sex work, there’s definitely a stigma about it. Many of us do enjoy the work, many have been doing it for a lot of years and there are some workers in the industry who don’t have the skills to move elsewhere.

For me: I work 3 nights a week, study full time and live independently. I don’t have enough time to spare to take on another job to subsidise what I’m potentially about to lose.

She said that what she would like is for the industry to be recognised by authorities and the support needed, to be offered (as many other industries have had) by the government during these troubling times.

Update: After a brief follow up this morning, Katie said she welcomed the decision being paused, but will still be seeking another platform for her content that is less easily influenced by outside sources to ensure the viability of the income longer term.

The OnlyFans platform has built its business and made huge amounts of money through the subscriber base. A subscriber base that is there primarily for Adult Entertainment and the sex workers who distribute content through the platform. So when they briefly believed they were being ditched with very little notice, it was insulting to the creators and a very poor business decision: Why would you kick a high percentage of users, bringing you significant income out without considering the long term repercussions? Perhaps the team at OnlyFans should talk to the team that used to run Tumblr before they made the same fateful decision for their platform. There aren’t the same safety nets available to sex workers as there is for a number of other industries in Australia despite it being a legal and legitimate work option. The Scarlet Alliance has an emergency relief fund in place for workers who are — due to COVID-19 effects — unable to pay bills, feed or house themselves due to financial hardship.

Ultimately, the decision by OnlyFans to remove all sexually explicit content was not just about consumers, some of whom will save money, needing to find a new source for adult content. Perhaps this is somewhat pre-emptive to the Australian Government’s restricted access system, but that’s unlikely given the Aussie consumer base. It seems the banking sector may to have some role in it. What is clear is that there’s a real, human impact on the creators who rely on the platform for income to survive. Based on some of the conversations online, it appears OnlyFans has significantly damaged their relationship with many creators which is still likely to lead to a large exodus of their creators and income stream. With snap decisions — now suspended — like the one last week, can you really blame them for seeking a more reliable and predictable content server?

Editors Note: This article has been written to respond to current news as part of an electronic platform making major changes to policy regarding content delivery. Comments relating to the sex work, or adult entertainment industries that are disrespectful will be deleted.