Home Mobiles Apps, Games & Google Services Google Messages will soon be able to “nudge” you to respond to... 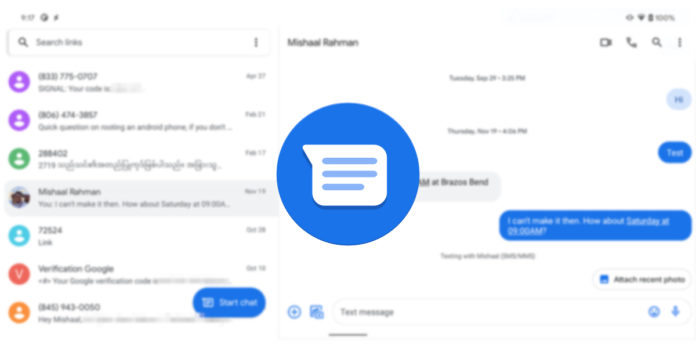 Google continues to show a focus on maintaining and developing the capacity of the Google Messages app. In an APK teardown, XDA developers found some interesting code snippets suggesting another new feature is coming soon.

The feature we’re referring to is “nudges” similar to that which Gmail already offers. This reminds you to follow up a message you sent, or to reply to a message you’ve received.

So the simple upshot seems to be that nudges can be enabled or disabled. They can also be customised a little bit, which will be very helpful if you’re a dual wielding phone user.

This is just another feature that is adding to the rapidly growing list of capabilities for the app. If end-to-end encryption was available, what features are missing for you to use Google Messages as your go to app?

A feature I’d love to have in Google Messages beyong end-to-end encryption?
Being able to sync Messages across devices, when you have multiple Android devices, even if they’re not all on the same telco.