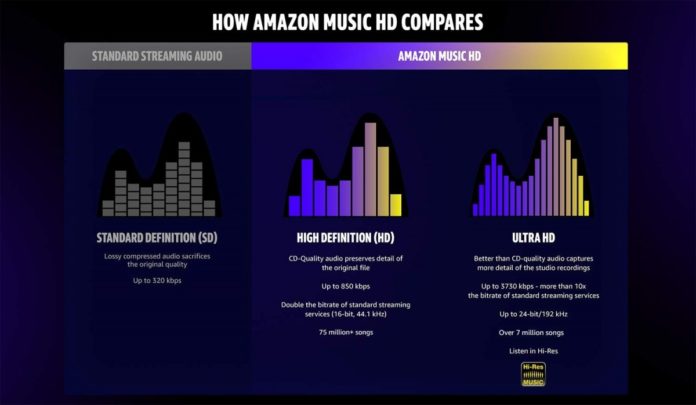 Spatial audio and higher definition audio are great ways to listen to high quality music via Amazon Music Unlimited, Deezer, Tidal and other streaming services but how can you setup your phone, speakers, headphones etc to listen to at the best audio quality level?

I’m going to use Amazon Music Unlimited as the example to illustrate because this morning Australian subscribers found out their audio quality has been boosted across the board. All Amazon Music streaming tracks are now minimum HD quality (same as a CD) and sometimes also available as Ultra HD, Dolby Atmos and 360 Reality Audio.

All the songs listened to by Amazon Music Unlimited subscribers are available in HD, a bit less than 10% are available in Ultra HD and an unknown number of songs (rumoured to be in the thousands) available in Dolby Atmos/Sony 360 Reality Audio.

As the infographic below explains standard quality streaming music is compressed, HD audio (CD quality) has twice the music detail and Ultra HD has ten times the music detail. Now just because your streaming service supports playing higher than CD quality music doesn’t mean you’ll be able to listen to it.

Wait there’s more. You have to make sure your streaming music service app settings have spatial audio (Dolby Atmos/360 Reality Audio) enabled and set what audio quality you want songs to be streamed at as well as downloaded at.

There are still more settings that can impact your audio quality. iPhones support Dolby Atmos from 11 onwards, for Android phones you need to check the sound/audio settings. Besides enabling or disabling Atmos you may also be able to change environment and or equalizer settings.

Unsurprisingly higher quality audio tracks take up more space on your device so be careful what setting you download songs at if you stream in HD and only have a small mobile data quota or your phone only has a small amount of storage eg: 32GB. As shown below an Ultra HD song can use up around 17 times more storage space.

The size of a downloaded song depends on the file’s bit depth, sampling frequency, and compression codec used, with higher-quality lossless files being larger in size. Below are examples of file sizes for a 3 1/2 minute song:

Last but not least you’ll notice from the screenshots above that songs played via Bluetooth are lower quality compared to those played via cable.

Songs played directly from a speaker or home audio system that directly supports Dolby Atmos/360 Reality Audio and/or Ultra HD like the Amazon echo studio will also sound better than if you connect to them via Bluetooth.

Now comes the tricky part. Does a music track that you listen to in Ultra HD, Dolby Atmos or 360 Reality Audio sound better than the track in HD or SD?

There’s no wrong or right answer and the answer is not clear as everyone’s ears are different to start with and as you get older the range of frequencies you can hear gets smaller.

Sometimes a music track sounds better in the Dolby Atmos or 360 Reality Audio version just because it’s been remastered from the original recording with more noise removed and extra clarity.

Other times you may prefer the HD version of a track just because your brain is used to hearing it that way.

Then there’s how you listen to a track. Via Bluetooth will sound worse than cabled or played directly on a speaker / home audio system via casting or voice command. Of course what device you use will also make a difference, listening via the freebie earphones that came with your phone will sound much worse than nice headphones like the Sony WH-1000XM4. 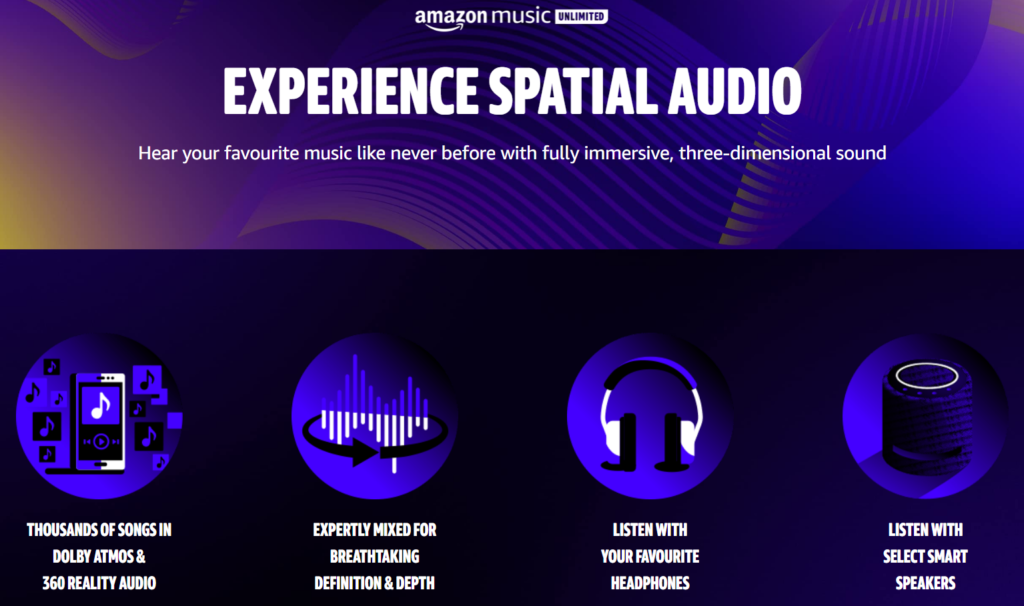