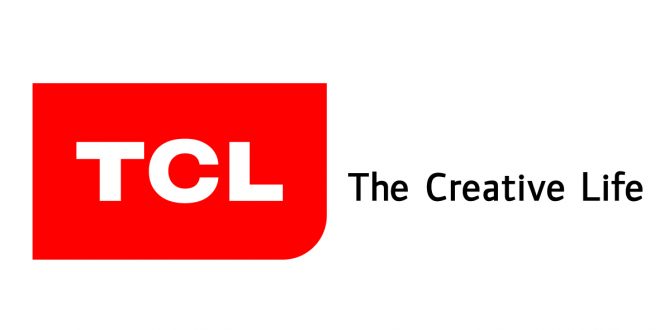 CES 2022 is certainly different this year, but the show is still going ahead, albeit virtually but that hasn’t stopped TCL from announcing its 2022 line up, with the company announcing a new tablet – the TCL NXTPAPER 10s, a new pair of smart glasses – TCL NXTWEAR AIR Wearable Display Glasses, a new windows laptop, the TCL BOOK 14 Go and the TCL 30 Series smartphone.

The TCL NXTWEAR AIR has been designed to enable users to be able to watch, game and work anywhere without the need to be tethered to their home, office and even small aeroplane screens.

The NXTWEAR AIR wearable display glasses come with dual 1080p Micro OLED displays that deliver both ample detail, punchy, rich and vibrant colours, as well as deep shadows and inky blacks. TCL is stating that NXTWEAR AIR wearable displays are the equivalent of watching a 140-inch screen, 4 metres away and are similar to being in a movie theatre. The displays offer 47 pixels-per-degree resolution alongside dual stereo speakers for when you want to blast your videos or music. You can also connect wireless Bluetooth earbuds/headphones to the NXTWEAR AIR glasses when you might want that more intimate private viewing.

Furthermore, the NXTWEAR AIR second generation of wearable display glasses has been designed with comfort alongside style in mind, with the display glasses coming in at only 75g with standard lens comes with two exchangeable front lenses, so its look can match each users’ individual style.

Lastly, the NXTWEAR AIR comes with a USB-C charging port meaning it can be charged with over 100 smartphones but also via mains power, meaning no need to try and find a compatible charging cord.

The next product is the TCL NXTPAPER 10s tablet which has been designed specifically with a focus on eye protection, with blue light reduction being front and centre.

The front display, which is a 10.1-inch IPS Full HD display (1200×1920) is a more matte style screen so when out and about, the need to adjust the display in the full sun won’t be required and chew up additional battery capacity.

Powering the TCL NXTPAPER 10s under the hood is a MediaTek MT8768e chipset, along with 4GB RAM and 64GB of onboard storage which can be expanded to 256GB via MicroSD Card. Powering the whole tablet is Android 11 right out of the box, though it remains to be seen if this will be updated to Android 12 in the near future, with the company remaining tight-lipped about this.

In terms of cameras, the NXTPAPER 10s comes with a single 8MP rear-facing camera whilst the front-facing is a single 5MP camera which should be fine for Zoom or Teams meetings with work or family.

The TCL NXTPAPER 10s come with a stylus that can be used or not, depending on the type of things or apps or services you’re using and comes as part of the product in the box, so no need to purchase separately. There is also a type case, flip case and writing pad also included in the packaging. Furthermore, there is also Bluetooth version 5.0 alongside Wi-Fi alongside an 8000mAH battery which should enable you to be able to use the tablet on the go or at home throughout the day.

The TCL BOOK 14 Go is the first new product category for the company, with the TCL BOOK 14 Go being their first Windows 11 laptop that has been designed specifically for students and young professionals.

Powering the TCL BOOK 14 Go under the hood is a Qualcomm Snapdragon 7c chipset, along with 4GB RAM and 128GB of onboard storage, though sadly it seems this cannot be expanded via MicroSD card. There is also Bluetooth version 5.1, Wi-Fi alongside 4G LTE connectivity which can help you keep connected working or schooling wise if on the go.

There is also a single USB-A port alongside a single USB-C port for charging and other purposes along with a 3.5mm audio jack. The TCL BOOK 14 Go comes with a single 1MP front-facing camera which should be fine for Zoom or Team meetings and presentations.

The TCL BOOK 14 Go comes with a 5300mAh battery that the company has said can still provide up to 12 hours of battery life thanks in part to the new Snapdragon 7c chipset.

The first TCL smartphone device the company is launchings is the TCL 30XE 5G which comes with a 6.52-inch V-Notch display (1600×720) with Dragontrail 3 Glass and 90Hz refresh rate.

Powering the TCL 30XE 5G under the hood is an octa-core MediaTek Dimensity 700 chipset, along with 4GB RAM and 64GB of onboard storage which can be expanded to 512GB via MicroSD card.

It comes with a triple camera set up made up of a 13MP (main camera), 2MP Depth Lens/Sensor and a 2MP Macro lens. The front-facing is a single 8MP camera which is fine for those Insta selfies and Snapchat/TikTok style videos and snaps on the go.

The TCL 30XE 5G runs Android 11 right out of the box and there has been no word if or when the update to Android 12 will occur. The TCL 30XE 5G comes with Bluetooth version 5.1, Wi-Fi, 4G LTE and 5G network connectivity alongside a 3.5mm audio jack and USB-C cable and port.

In terms of battery power, the TCL 30XE 5G comes with a 4500mAh battery which the company states can last up to 16 hours with mixed usage, 25 hours just on talk time and 15 days on standby.

The next smartphone TCL is launching is the TCL 30V 5G which comes with a 6.67-inch (1080×2400) Full HD display. Powering the TCL 30V 5G under the hood is an Octa-Core Qualcomm Snapdragon 480 5G chipset along with 4GB RAM and 128GB of onboard storage which can be expanded to 1TB via MicroSD card.

The TCL 30V 5G comes with a triple rear camera set up made up of a 50MP main lens, 5MP super wide lens and a 2MP macro lens/sensor. The front-facing is a single 16MP camera lens contained within the hole punch of the front display.

The TCL 30V 5G runs Android 11 right out of the box and we are waiting to hear more about a possible update to Android 12 at the time of writing this post. The TCL 30V 5G comes with a solid range of connectivity including:

TCL has stated these are the devices that are making their to Australia, with the company releasing more devices which we will post information on once it’s available in full. For the devices coming to Australia, we are waiting on the final pricing and official release dates but we’ll be on top of it when it happens.