Samsung loves to start the year with an update to its Galaxy-S series. It’s the company’s flagship device range, and what it’s best known for. This year, Samsung’s going big with not one, not two, not even three but SIX major new products all launching at once in the range.

The company is aligning the updates of its tablet range with its smartphone range. These products all come under the Galaxy S moniker, with each segment launching a standard model, a plus model, and an Ultra.

Ultra is clearly where Samsung wants you to go, taking advantage of the (surprising) larger spend on premium products that’s been observed as the COVID pandemic has continued over the past few years.

In 2021, the S21 Ultra looked and felt like an S21 with extra bits. In 2022, the Ultra product in each range is markedly different. The S22 Ultra still looks like it’s a part of the S22 range, but borrows a lot of DNA from Samsung’s now-defunct Galaxy Note range (and even invoices an S-Pen). Perhaps Samsung’s heard the lament of the Galaxy Note customers who want a more distinct upgrade path.

Similarly, the Tab S8 Ultra presents a super slim and light device that’s tempting me back into the Android tablet world.

With thanks to Samsung Australia we’ve had a brief hands-on with the new devices in Sydney, and had an opportunity to hear from them about the main features and focus of the new devices. The Galaxy S22 smartphones range consists of the Galaxy S22, Galaxy S22+ and Galaxy S22 Ultra. The phones have kept the same price points as last year, while differentiating themselves in different ways across the range.

The most obvious differentiator is screen size, followed by design. The S22 comes in at 6.1 inches with flat edges. The S22+ bumps that up to 6.6 inches, while the S22 Ultra raises the stakes to 6.8 inches and adds curved edges to the left and right of the device – pretty similar to last year’s S21 range.

The screen tech is the same across the devices – Dynamic AMOLED 2X, 120Hz refresh rate. As you might expect, the screens are gorgeous in the hand, and the high refresh rate helps them stay easy on the eye and keep up with movement and touch input.

Each device features a single punch-hole camera at the top center of the display in what becomes Android’s notification shade area. This has, I think, become my preferred “notch” solution having lived with it on the S21 Ultra for the past year – it’s inoffensive because it’s dead center, the black of the camera blends in with the black text in that area, and it doesn’t distract with asymmetry.

Design-wise, we’re looking at full-screen devices so the real differentiation happens in the body. The S22 and S22+ look like siblings, sharing the same design with a pronounced camera island on the top left corner. While it’s controversial because it stops the phone sitting flat on a surface, it provides a great place to put your finger to aid with your grip on the phone.

The edges of the device are all curved in much the same way we’ve come to expect from Samsung devices in the last couple of years. The S22 Ultra is where the party’s at this year, with a notably different body design. There’s no camera island, but the individual cameras still protrude from the body.

The edges of the device’s rear are tapered in a similar way to the screen curvature on the front, and the bottom edge of the phone is flat. This is a time-honoured trick (feature?) of phone design that makes a phone feel thinner than it actually is. You’ll see from photos here that that S22 Ultra isn’t necessarily thinner than the previous model, but it sure feels it in the hand.

There’s a little more going on at the bottom of the S22 Ultra than the S21, with the addition of an S-Pen slot that can be pressed to release the S-Pen. This is a pretty great bonus that aligns the Ultra more with Samsung’s Galaxy Note devices and provides those users feeling slighted at Samsung’s abandonment of the line with a great 2022 upgrade path. Samsung is billing the cameras as their most intelligent cameras yet, with the addition of some AI smarts to improve things like portraits, and especially portrait video on the S22 Ultra.

The camera configuration is quite different between the S22/S22+ and the Ultra.

It’s a familiar configuration in terms of sensors and their responsibilities, but a little change when compared to last year’s Galaxy S21.

The main camera on the S22 and S22+ is a step up in megapixels count from the S21 (the S21 had 12MP), but the Telephoto is a step down (the S21 had 64MP). Still, with less pixels on the Telephoto sensor and enough pixels to combine from the main sensor, it’s likely you’ll be able to capture more light than before.

Samsung says the S22 and S22+ cameras are designed to let in more light, draw out details and capture colours better. This is a familiar refrain (every year, the cameras are designed to do all of these things better than the previous model), but with smartphone photography where it’s at, incremental change is what we expect year-on-year.

As with the S21 Ultra, the S22 is where Samsung’s throwing the premium cameras. This year, the S22 is built around a 2.4um pixel sensor. There’s four rear cameras:

Samsung’s keen to show off the Ultra’s night photography prowess, and showed us some lovely ohotos shot in near darkness from around Sydney. The company says that you can shoot for 5 seconds in night mode without needing a tripod.

These pics look lovely, but they also still feel like they’re catching up to what some other companies have delivered in their past phones. The proof as always will be in the review.

By the numbers, the battery sizes:

Samsung is promising a day’s battery life out of the Ultra, but of course there are some conditions attached to that. My S21 Ultra battery runs down a little faster than I’d like, so I’m hopeful that the newer tech in the S22 might prove better for battery life all around.

Still, when your phone battery runs low it’s charging speed that will help you the most. Here, the phones differentiate themselves a little differently – the standard S22 will charge at 25W wired, while the S22+ and Ultra will go to 45W wired. All the devices support 15W wireless charging.

Samsung knew we’d ask, and gave us the answer before we did. Australia is getting Qualcomm Snapdragon 8 Gen 1 processors in its Galaxy S22 devices. Party on!

You’ll find some extra colours on offer directly from Samsung’s eStore, too – violet, light blur, grey and cream for the S22 and S22+, while Samsung’s also offering red, light blue and grey for the Ultra.

Happily, pricing for the S22 range has been kept at the same level as last year’s Galaxy S21 with only the 512GB S22 Ultra seeing a price rise.

That’s a good spread of prices – you should be able to find something that fits your budget, as long as you’re looking in premium territory.

All devices in the Galaxy S22 range are expected to hit all carriers on March 4. You should be able to get the device you want, in the colour you want, outright or on a monthly repayment plan.

Depending on where you purchase your phone, you will be eligible to receive a Travel Pack (a wireless in-car charger), a Power Pack (a wireless charger) or an Audio Pack (Galaxy Buds 2). As you might expect, the packs offer a little more (by way of extra included accessories and chargers) for the higher model phones.

Carriers will also be offering their own incentives: It’s been a long time since I’ve considered having an Android tablet in my house, and Samsung has today given me some reason to consider one. Like the smartphone lineup, the Tab S8 range has the S8, S8+ and S8 Ultra to tempt you to hand over your money. After all, if you’re buying one who not buy the other?

Samsung’s long been known for the quality of its displays, and the Tab S8 leans into this heritage with amazing displays. They start big and get bigger as you go up, with the Tab S8 coming in at 11 inches, Tab S8+ at 12.4 and the Ultra smashing all comers at 14.6 inches. The company says that the tablets at the lower end of the range might be considered as a secondary device for your kids, while the Ultra feels like a premium device designed for both work and play – it weighs in at a little over 700g, about half the weight of most tablets in its size class, and adding a keyboard cover only brings it up by about 500g. It’s big, but it’s not bulky. While the Tab S8 and S8+ are impressive tablets, it’s the Ultra that elicited some ooh’s and ahh’s as it made its way around the assembled journalists at the briefing session we attended. It’s a super thin device that defies its size, and feels almost like you’re holding nothing with a screen attached.

The Ultra also features two front-facing cameras allowing you to get a wider view when doing video conferencing and also allowing the camera to perform tracking of people so it can zoom in on call participants and follow them if they’re moving around. For an even better experience on that conference call, there’s 3 microphones at play allowing the tablet to do some noise cancellation and focus on the presenter’s voice.

Audio-wise, we were treated to some booming sound demos out of the Tab S8 Ultra, and that was in an expansive function room – it should perform even better in the home.

Like the Galaxy S22 range, the Galaxy Tab S8 range will be available around Australia from March 4. The devices will be offered by carriers and retailers in varying configurations.

Colours and configurations for the Galaxy Tab S8 series are a little less straightforward than the Galaxy S22. The S8 and S8+ 128GB models have the most colours available (silver, pink gold and dark grey), but anything above that you can only get in dark grey. It’s a good thing that dark grey looks good.

As a preorder incentive, Samsung is offering either keyboard covers or book covers and earbuds:

There’s sure to be other preorder bonuses and incentives on offer from retailers and carriers, so keep an eye out. We’ll have a post up later today to guide you in your purchase. 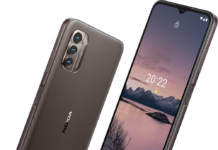 Over a $1000 for a “secondary” device. Someone should tell Samsung they haven’t priced these as secondary devices. What a joke.