The internet has become an essential part of everyday life, but it has also become the Wild West in many ways because there are threats lurking in every corner.

Malware, trojans, hackers, ransomware, phishing, scams, fraud, and identity theft are all real concerns – especially when you are using an unsecured network like public Wi-Fi.

Protecting yourself from these threats is essential and you don’t have to be overly technically savvy either. Getting a VPN in Australia is a simple way to protect your wagon from the lawless outlaws that roam cyberspace.

Let’s start with the basics. A VPN stands for a virtual private network. Whenever you use the internet, your device constantly exchanges data with others on the network. You can create a secure tunnel between your computer or smartphone and the internet with a VPN. With a VPN, you can send your data securely to an external server using an encrypted connection. Your data will be sent to its destination via the internet from there.

VPNs are all about protection. A VPN connection makes your computer and device invisible to the rest of the internet. Essentially, you and your device do not exist in the eyes of cybercriminals and automated threats like viruses and trojans, so they cannot attack you.

In public places like airports, coffee shops, and other places with open Wi-Fi networks, you are particularly vulnerable. Unencrypted and unsecured networks like Wi-Fi enable attackers to access everything on your computer (including important passwords) without much effort.

Your money can even be transferred to their accounts during the time it takes to order and finish a cup of coffee. However, all of this is not possible if you are connected to a VPN – your attackers have no way of knowing you are connected.

Why A VPN Is Important In The Modern Age

Cybercrime is not going away, in fact, it is getting much worse – despite the best efforts of governments and law enforcement agencies to stop hackers and other cybercriminals.

The Australian Cyber Security Centre recently released The ACSC Annual Cyber Threat Report 2019–20, which outlines that 67,500 reports of cybercrime were lodged in that financial year period, a rise of 13 per cent on the previous financial year.

It remains unclear how much pure cybercrime costs Australian citizens financially. However, cybersecurity organisations are frequently able to estimate the total cost of cybercrime on an international level.

According to one cybersecurity company, in November 2020, cybercrime costs will increase by 15 per cent annually in the next five years, reaching USD $10.5 trillion annually by 2025, up from USD $3 trillion in 2015.

You Cannot Be Tracked When You Use A VPN

With cybercrime so high, internet users are understandably concerned about their privacy and safety. But it is not just the hackers that are tracking internet users; almost every website is.

Third parties are constantly trying to secure your data, internet behaviours, and more to build profiles in order to sell to you. Many people do not want their information shared with all and sundry. Using a VPN is a great way to stop hackers and everybody else from knowing your location and information about your personality, behaviours, and other data.

Your location and other details are invisible because your IP address is hidden behind the VPN connection. Even if these parties somehow got hold of your information from behind the VPN (which would take some sophisticated technology to achieve), the information is encrypted, so it would be garbled nonsense to them anyway.

Are you frustrated with the content on the Australian version of Netflix compared to overseas catalogues? Have you tried to watch online videos only to be greeted with a message saying it is unavailable in your location? A VPN can solve these issues as well.

By rerouting your connection to an overseas server, you can browse the internet as though it were in another country. The best providers have servers across the globe, so you can watch Netflix from the United States or access region-specific streaming services worldwide.

Using a streaming VPN will allow you to watch geo-blocked shows and movies, which can only be seen in certain countries. You can watch your favourite shows while you’re away or explore other countries to see what shows are available.

Coupled with strong anti-virus and anti-malware software, regular updates, and responsible internet behaviour (not accessing online banking on unsecured networks, etc), a VPN is your ticket to privacy, security, and a world of entertainment. 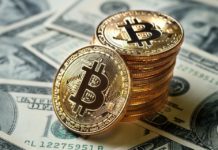 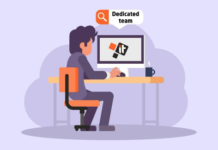