Finally, we’re seeing tangible evidence that the Pixel Watch will launch this year. The watch, Code Named “Rohan” has been leaked multiple times. Now we see further information from Evan Blass that tutorials were — at least briefly — visible.

We’re roughly a month off from Google I/O 2022, which is typically the launch of the new version of Android, plus a few goodies. After Google acquired Fitbit in 2019, it was speculated that the following year we would see a Pixel watch. Sadly it wasn’t to be; now, 3 years on, there is enough to suggest we finally will see it and — credit to Jon Prosser — the images look pretty slick but won’t suit everyone.

I’m hearing that Google is planning on launching it on Thursday, May 26th — over year since we leaked it.

This is the first we’ve seen a set date on the device behind the scenes.

Google is known for pushing back dates — but if they do, we’ll know 👀 pic.twitter.com/Kk0D4Bom6d

It’s an exciting time to be an Android user with the continual development of the platform. With the direction towards integration into our daily lives, what would you like to see from the Pixel Watch? 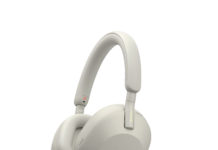 Smart unlock with my Chromebook? I know it works with Android so I expect the same from a watch. Not really sure what else I’d like to see. Maybe 2 day battery life.