Home Mobiles 5G OPPO Find X5 Lite review — You can’t have it all on... OPPO is one of the manufacturers that have gone from a new name to well recognised and now respected in a relatively short amount of time. In particular with the flagship range, the Find X devices they’ve excelled in terms of the specs and user experience. This year we’ve seen three models in the range: The Find X5 Pro, the Find X5 and the Find X5 Lite.

OPPO has bucked the trend of other leading manufacturers and provided not just a cable, but a charger too. It’s not just any charger either, it’s their 65W Super VOOC charger which really does pack an impressive — flat to full battery in 34 minutes in our testing — punch when it comes to charging.

Other inclusions in the box include: When you get into the box, you’re greeted by the 6.43-inch AMOLED screen that runs FHD at 90Hz refresh rate. In the top left corner you’ll find the hole punch selfie camera (more on this later) and note the lack of bezel; giving a really slick and easy on the eyes presentation to the device.

When you pick up the phone, an immediate feature of note is that it’s really thin but still feels solid in the hand. Around the edges of the device, you’ll find the power button (right side), volume controls and SIM port (left side) and on the base, charging and headphone ports. Unfortunately, the Find X5 Lite doesn’t carry any IP rating, probably a bit unrealistic to expect of a phone sub $1,000.00 though.

While our review unit is “starry black” which has a really clean finish to it, there are other options that are a bit more vibrant and eye-catching. The Star trails blue is really lovely if you can get past the light does catch it in interesting ways though, which some users aren’t going to like; it feels a little retro. As mentioned, the phone does come with a case but I’m not sure it needs it the way some phones do. The surface of the device isn’t a twitch inducing fingerprint magnet nor is it slippery to the point of fearful handling of your phone.

Let’s quickly look at the boring bits about the phone. It’s got a MediaTek MT6877 Dimensity 900 processor, 8GB of RAM and 256GB of storage. The performance of the phone is — with direct consideration to cost — not bad but it doesn’t set the world on fire either. For similar dollars, there are other devices that would excite performance junkies far more than this does. The Find X5 Lite sits among the crowd in the middle of the range devices in terms of performance.

There’s a full range of connectivity on offer too with Wi-Fi 6, Bluetooth 5.2 aptX HD, GPS and NFC available. Again, none of these is going to raise eyebrows, but the device coming in at $799.00 would disappoint users if those features weren’t there. You’ll be looking at Android 11 on ColorOS 12 when you fire it up and the whole thing is powered by a 4,500mAh battery. This did give me a brief pause when I read the specs at release, surely for a phone at this cost a 5,000mAh could have been included. But my fears were soon alleviated on the first day when I got home with over 60% of battery life remaining.

After a couple of days of testing, it became apparent that the battery life on this thing is phenomenal. Although, by this time I’d also twigged that there is some fairly aggressive battery optimisation going on in the background that needed to be managed for critical apps.

If you’re looking for a solid, mid-range device with a reliable couple of days battery life: This is your next phone.

So, we’ve already established that there are a couple of very good points to the Find X5 Lite, primarily the battery life and speed of charging. And while I haven’t been massively complimentary so far about the performance, I’m not disappointed by it – it met my expectations of a device at this cost: Good but not “Wow, that’s great!”

Camera performance – It’s not quite what I expected

Perhaps I’ve been spoiled for choice in the past, but I feel like OPPO hasn’t met the bar they previously set with cameras on this one. The previous OPPO phones I’ve used have had very good cameras and this one just doesn’t quite meet that level. That’s not to say it’s a bad camera, but there are times when the colour is a bit flat, the lighting is inconsistent or the shadows just aren’t quite right.

So what are we looking at here? The rear-facing cameras are an 8MP macro sensor, an 8MP ultra-wide and a 64MP primary sensor. The reality for many is that the camera can be of critical importance to a buying decision. In particular for the Snap Chatters, TikTokers and Instagrammers – the selfie camera.

I’m personally not one for regular selfies, but the selfie camera software — like everything else on the device — is very easy to use. The beautification features included are capable of doing some very strange things to your face like changing the shape and size of features or your complexion: At the extreme, it’s like something from a Dr Who episode.

The Ultra-wide is pretty solid in its capability, with good focal length and the auto-focus is pretty reliable. Depending on the lighting conditions though, I did find that the focus would occasionally grab something in the background which caused some minor frustrations.

The primary sensor does a lot of the day to day, “happy snap” work as it’s the one that’s loaded by default when you open the camera app. The photos you’ll get from the OPPO Find X5 Lite are nice but not jaw-droppingly stunning.

I’ve made no secret of the fact that my preference is towards a stock Android experience and a launcher that doesn’t intrude too deeply into my user experience. In the past I’ve been pretty critical of ColorOS but, while there are a few quirks still there, ColorOS 12 doesn’t do a bad job of just delivering what I want.

While there are a couple of limitations in the capacity of the device, that’s what you should expect from a “Lite” version of a device. If you’re looking for or wanting more then you’ll need to spend more money on the Find X5 or Find X5 Pro.

The Find X5 Lite offers users a solid performance base, great battery life, good screen and decent camera delivery. For anyone who isn’t aware, in other markets the Find X5 Lite is sold as a Reno 7 5G which makes a lot of sense being a more value focussed device range. Were it $100 cheaper; I wouldn’t have the slightest hesitation in recommending it. As it stands I’d say have a good look at it but you can get better camera options, you can get better performance but you’ll — currently at least — struggle to get better battery life or a better screen. The problem is, without spending more you can’t have it all.

The OPPO Find X5 Lite offers great value to buyers, delivering a good user experience that easily meets realistic expectations of a device of this cost. An area that could entice more buyers is that OPPO has a commitment to deliver two Android OS Updates and 4 Years of Security Updates to the Find X device range.

If it’s sounding like a phone you may want to take a closer look at, the usual retailers: JB Hi-Fi, Harvey Norman, Big W and MobileCiti. 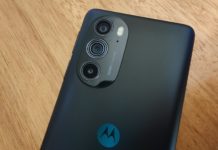 For the first time I can honestly say that an Oppo mid-ranger is overpriced. Even Samsung’s mid-rangers are priced lower than this which doesn’t generally happen.

This is a sub $650 phone whichever way you look at it so I don’t think it’ll gain much traction. $200 more gets you a Pixel 6 if you want to spend a bit more.

Great reviews as always though, keep it up 🙂