We’ve seen it a few times already, but according to the New York Times, the end of password sharing is coming soon.

As previously noted, the crackdown is coming off the back of a significant profit drop and loss of subscribers. With such a plethora of options in the streaming content market, that’s hardly surprising. What is surprising is that not only is Netflix fast-tracking the password crackdown, they’re fast-tracking a cheaper, ad-supported account option.

In a letter to employees, the company has made a note that the service changes were to be rolled out by A4 2022. This is the password sharing blocks and the ad-supported accounts, presumably to have a refuge for password-sharing subscribers.

What this looks like for subscribers is not entirely clear at this point, but we’ll see soon enough. What will you do if your password sharing is blocked by Netflix? 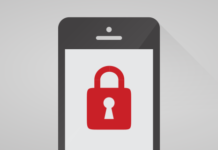 I only continue to pay what has become an exorbitant price for Netflix because I have a number of people using my account, often with reciprocal access to their subscription service… So honestly, they will do me a favour and allow me to cancel the instant the first time shared use is blocked.

This is exactly the same for me, my family, as in sisters and mum, we all live in separate houses, we share our family subscriptions, such as Youtube Music, Netflix, Disney+, Choice Magazine, Fairax newspapers, Kayo Sports, Google One Drive, Microsoft 365 family, VPN provider etc, we all share our accounts. I couldn’t imagine having to pay for all these separately.