Home Mobiles Android OS and Updates Google I/O: Android 13 has a lot to offer visually and behind... For the Android faithful and Geeks alike, Google I/O is an exciting time of the year. It’s where we get to see the future of the Android platform, other major Google projects (Assistant, Search, Android Auto etc) and, of course, hardware. This morning during the keynote, we’ve had a lot of information thrown at us so let’s start from the top.

Android 13 is coming and there are a lot of changes that are in store for users. If you want to get an earlier look than the final release, you can sign up for the public beta if your device is compatible.

The clear direction that Google has taken in the development of is taking is to continue making Android better. Whether that’s through performance, security, features or platform integration capabilities.

Starting from the top, an increased focus on security has brought forward changes to the way that media on your device will be handled. Specifically, how third-party apps will be able to access the media. So you’ll be able to categorise media and allow apps to access categories, preventing the need for all media to be accessible.

Taking privacy a step further, the security centre will be updated to bring your privacy and associated settings right in front of you on an easy to understand, colour-coded page. There are a number of security enhancements to come, including well thought out ideas such as automatically purging your clipboard to prevent old information from being grabbed by malicious apps.

Notifications are another area where, compared to the competition, Android excels. But now, with Android 13, there will be further granular control over your apps and notifications. The additional requirement of allowing notifications from individual apps will be a delight to many. Social media is often an interruption but important when you want it could be blocked from notification access.

Visual enhancements to media controls, as well as further development on theming within the Material You pathway. This comes in the form of pre-determined colour sets and themed icons for ease of customising your device.

Perhaps the biggest — pun intended — change that’s coming in for the Android tablet experience. Features that perhaps should have been around some time ago such as preventing false triggers while using a stylus, customisation and optimisation of apps for the larger interface. While Google will update a number of its apps over the next couple of weeks, there are other key apps for social purposes that will also be updated for tablets including TikTok, Zoom and Facebook.

That’s quite a lot to take in at this hour of the morning and there’s more to come! 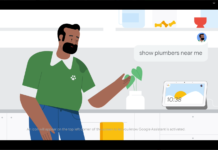