Eight long years following Google’s release of a Wearable OS, today they officially unveiled the much-anticipated Pixel Watch on stage at Google IO 2022. But before you get too excited it’s not slated for release until release later this year alongside the Pixel 7 line.

With all of the leaks of the Pixel Watch, it’s unclear if Google always intended to announce the Pixel Watch at I/O or if they simply had no other choice. What we did get to see basically confirms all of the leaked, and forgotten, hardware from the past few weeks. Specifics on the specs of the device are limited but here’s what we do know.

The all-round device with its ‘domed design’ will come within either Wi-Fi or 4G connected variant. With inbuilt GPS this will allow the more fitness-focused amongst you to use the watch independent of a phone. Fitness is first and foremost with the Pixel Watch with ‘deep integration’ with the Fitbit platform launching on the Pixel watch. We’re expecting the full array of health, heart and sleep tracking to be incorporated into the combined Fitbit Pixel experience, and will be interested to see if Google Fit remains or is shuttered into Fitbit.

Google also announced a few new Wear OS features on stage, and it’s unclear if they will be exclusive to the Pixel watch. A long-awaited update to Assistant on Wear OS seems to bring full Assistant functionality to the wrist, with ‘this is not supported’ hopefully being a thing of the past. Google Home is also getting a new app on the watch allowing individual and group control of your connected smart home devices.

Deeper integration with apps and services and their associated notification have been hinted at hopefully making the watch more than just a duplicate set of notifications. And with the all-new Google Wallet looking to expand beyond just payments to real identify management the watch will be able to carry those same credentials where ever you go.

Google also announced new Wear OS devices coming from partner brands in the near future, so hopefully, there will be a lot of competition and choice in the Wear OS space very soon. There were no details on any Australian release or availability at this stage. 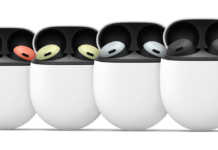