The latest APK insight from 9to5Google suggests we may soon get suggested actions too. This could be something as simple as starring a message, scheduling and all part of the improvement process to make messaging easier.

Exactly how this will look once it’s delivered to users is unclear right now. We’re very keen to see what other actions the app may automatically suggest in the future. Now if only multi-device support and a desktop client were added, Google Messages could take on a much strong messaging footprint.

What features do you want to see Google add to Messages next? 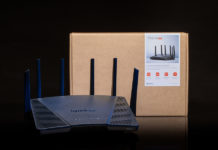