After all that Sydney, Australia and the world has been through over the last few years it feels a bit silly to now be complaining about the weather but… it’s been a thing.

Much of east coast Australia has shivered through the coldest wettest summer and autumn in recent memory, and while the rains seem to have somewhat stopped, we’re now freezing cold. We’re still trying to deal with the leftovers of the rain and that’s a lot of damp.

If your place is like mine, chances are there’s an awful lot of rising damp around the place at the moment, leaving plenty of musty smells, mould damage, and ruined clothes.

Of course, there’s lots of things that you can do about this; simple things from opening the windows and doors, through to more advanced solutions like using your air-conditioner or perhaps running a dehumidifier. 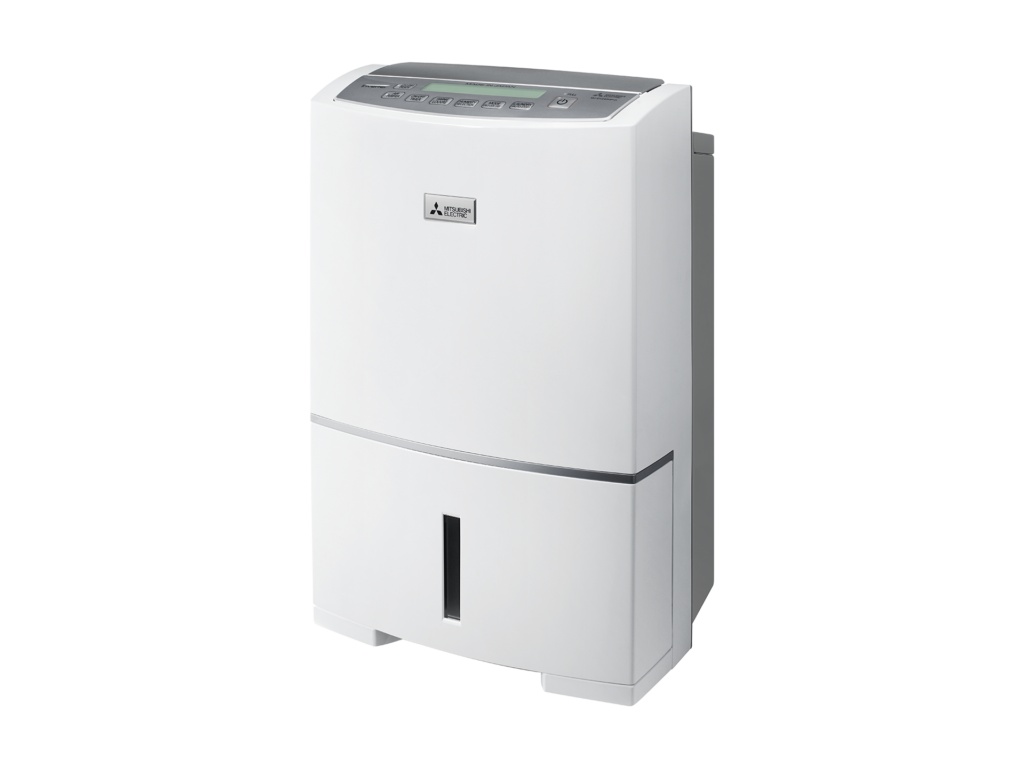 For the last four weeks, we’ve been reviewing a Mitsubishi Electric dehumidifier at home. I am absolutely astounded at the amount of water this thing is able to pull out of the air, and the appreciable difference that it’s made to the environment – especially downstairs at our place where traditionally it has been rather damp, because we’re sitting on top of a sandstone plinth.

Over the last couple of years we’ve tried a number of different ways to reduce the moisture content of the air downstairs. We started with the air absorbing chemical that you can buy from hardware stores, we tried running the reverse cycle air-conditioner on dehumidification mode with some success, but most recently we’ve tried to dedicate a dehumidifier which we’ve been reviewing thanks to Mitsubishi Electric.

Without a shadow of a doubt, the dehumidifier has been the most successful at reducing the moisture content of the air downstairs. Not only can you see the volume of water it pulls out of the air when you have to empty the water tank, but you can also feel the difference in the room – the air feels less moist, the room smells different, and areas where moisture would previously accumulate are now dry.

Perhaps the most telling difference, though, is in our clothes. The clothes which are stored downstairs (especially those which aren’t worn often) have previously had a fairly musty smell after being there for a while, because of the lack of airflow, and also the air being quite moist. With a dehumidifier running most days, that issue was gone, and none of the clothes downstairs have any mould damage, musty smells, or anything wrong with them really at all.

Fundamentally, a dehumidifier is not a very complex piece of equipment. It has mainly the same components as a reverse cycle air-conditioner – it has an inverter-compressor to create cold, a pump to move the cold refrigerant through a coil, and a fan to blow air over that coil, and this strips moisture out of the air and stores it in the water tank.

The effectiveness of this system, compared to a air-conditioner, is significant however. The air-conditioner never really seemed to make a big difference to the humidity levels downstairs (though it did have some effect, the area never felt damp). The dehumidifier, though, went a step further – not only could you see the amount of moisture it pulled out of the air, but as noted above, you could see, smell and feel a difference (over and above the air conditioner’s impact).

Mitsubishi Electric does not advertise a power consumption figure but it’s below 1kW, which is pretty good. Running this for 8 hours a day – enough to keep your space dry – would consume 8 kW-Hr of energy, which may cost you anywhere between $0 (with solar) through to $1.50 – $2.00 per day to run on most energy plans.

Given that they cost about the same amount to run, the dehumidifier is far more affective, and therefore a much preferred choice when it comes to trying to reduce moisture in your home. Another consideration, of course, is the price of the dehumidifier itself.

The Mitsubishi Electric dehumidifier we reviewed is priced at $1,399 retail. That is most definitely not cheap – for that price you could have a reverse cycle air-conditioner both supplied and installed in your home, and then you will have a somewhat effective dehumidifier for winter, but also a very effective cooling method for summer.

While a dedicated dehumidifier has much more functionality than a reverse cycle air-conditioner, including lots of settings about how hard you want to run, how hard you want the fan to run, whether you’re trying to actively strip moisture from the air, or just prevent the buildup of mildew, you do need to consider the fact that it’s nearly $1400; it is a fairly expensive option out of the reach of most people.

On the flipside however, you need to consider whether you really need a dehumidifier, and if you do it’s possible that the costs of both buying and running a dehumidifier may well be less than the cost of damage to your house, clothing, furniture and so on.

For me, I would need to think very carefully about spending $1400 on a dehumidifier when, at the end of the day, we have a reverse cycle air-conditioner both upstairs and downstairs, which can strip moisture from the air when we need it to, albeit less effectively than a dedicated dehumidifier could.

I suspect many people will probably be in the same category, and this decision is made especially difficult where you may already own the air-conditioner – so there’s no upfront cost, and it’s really a comparison of a running cost for an air-conditioner that already own, against the purchase and then running cost of a dehumidifier that you don’t yet have.

While I can afford to buy this unit, I honestly don’t think I would; it’s good, but with a bit of discipline (and some functionality we already have thanks to some smart home devices) I really don’t need to.

For example, I can use the humidity sensors that we have upstairs and downstairs to automatically start the air-conditioners in dry / dehumidification mode when the humidity inside gets too high, and we can set this to only occur during daylight hours when the solar panels are generating electricity, so it doesn’t really cost us anything to run.

This is what we did last winter, and it’s probably what we will do this winter once the review unit goes back – and it costs basically nothing.

However, if this isn’t an option for you, or you have real issues with damp and moisture in your place, a dedicated dehumidifier is probably something you need to start thinking about, and if that’s the case this unit – while expensive – is exceptionally effective. I think you may struggle to find a dehumidifier that has the same capacity to strip moisture from the air, the same tank capacity (at 38 L), and the same range of functionality as this one.

The Mitsubishi Electric Dehumidifier is priced at $1,399, and can be found at a range of stockists around Sydney, including Bing Lee. How loud is it? I have a compressor-type of dehumidifier and it is quite loud even on its lowest fan setting. (On the box it came in the unit is pictured in a lounge room with a family watching TV—a situation it’s noise would prevent.)
Also, did you have any problem with the device icing-up? This happens when the room temperature falls below a certain level.

Thanks for the questions. This one is pretty quiet.. at full speed / capacity it was a bit noisy, and you probably wouldn’t want to sleep with it in the same room, but at the low setting it was at that background noise level where you could run it at night if you needed. You could definitely hear TV over it.

Never had an issue with it icing up, but temperatures downstairs didn’t get cold enough.