The Pixel 6A landed with me on day 1 of COVID isolation which meant I could give it a thorough working over. It’s the third of the Pixel 6 devices, following the Pixel 6 and Pixel 6 Pro at the end of last year. Perhaps more than ever, in pandemic times, an affordable phone that looks great and performs well is increasingly important.

Given the far more affordable level of the Pixel 6 and Pixel 6 Pro, it wasn’t a surprise that the 6a has landed at a pretty aggressive AU$749.00 price point. Don’t take to the comments yet though, I’m not saying that’s cheap, I’m saying it’s good value for what you get. Now I’ve got to sell that to you…

Over time, the unboxing experience has become less exciting and ceremonious, verging on mundane with little to note. The box contents — for the leaders in the market at least — are pretty generic, offering an early look at your phone, an inlay to remove and get at the USB-C charging cable (no charging brick here) and USB-A to USB-C adapter, instructions and the SIM pin.

The packaging contains almost no plastic, showing that Google, too, is looking at the sustainability of its devices and packaging. It also means that there’s a lot less to ship, when the package arrived I did a double take at how small it was.

The specs have been covered in our first impressions post, as well as the This is a 6.1-inch screen locked to 60Hz refresh, not the 6.5-inch or larger that we’ve come to think of as “normal”, but I have to be honest, I’m digging it. In particular, I like the fact that the Pixel 6a, at a glance, is easy to mistake for the Pixel 6. Google has done an excellent job of making the presentation match that of the “full” Pixel range.

Unfortunately, the Gorilla Glass 3, while offering some protection from impact leaves the Pixel 6a with a vaguely slippery feel to it, I would 100% recommend getting a decent case or you will drop this phone. Thankfully though, Google has seen sense and included IP67 resistance in the build of the Pixel 6a, so a splash at the bar or poolside won’t turn your phone into a paperweight.

The fingerprint sensor is an under-screen option, and it’s a lot better than the Pixel 6 Pro in the early stages. It’s quite fast, responsive and rarely fails to read. Whether this means that it’s false reading or not, or it’s simply that the technology has come a long way in the last 9 months, I’m not sure.

The general specs of the Pixel 6a, which we covered in our first impressions, are solid, particularly for the money, and the phone is no slouch on performance. In fact, it’s super zippy, to a point where I don’t feel that (in terms of performance) it’s a downgrade from the Pixel 6 Pro. The Tensor chip isn’t going to keep pace with Qualcomm but is still very capable of providing a really good user experience.

Battery Life: It’s not brilliant, but for a value range phone, it’s also not bad

Perhaps a weakness of the device, the Pixel 6a offers a 4,410mAh battery which is about the right mark. But the battery life seems to be a bit hit and miss depending on the apps you’re running.

I’ve run streaming video for multiple hours through the day on either Wi-Fi or mobile data, as well as having continuous screen on time and finished the day with over 30% battery remaining. It’s almost on par with the Pixel 6 but not as good as the Pixel 6 Pro, in fairness, it’s very much what you’d expect.

In our testing, most days are a full day of use but some apps do draw quite a lot of life from the battery. In reality, if you’re a really heavy phone user, you’re going to be looking for something with a bigger battery. But for a lot of users, the capacity and optimisation of the software are going to do the job for all-day use.

Right from the launch of the Pixel 6 and Pixel 6 Pro, Google was selling the AI capabilities of the Tensor platform. In particular, some of the AI features would no longer “phone home” but be completed onboard the device. This is evident when you utilise the onboard language features.

The translation feature is something that has been in the works for some time through Google Translate, but real-time without the need for an active Internet connection is impressive. The other is the speech-to-text feature, which is responsive and — most of the time — really accurate. You can simply speak naturally to your device, it will transcribe for you and even add in punctuation.

The camera: A budget friendly level of brilliance

Without spending really big dollars on your mobile phone, this is one of, if not the best, camera you’ll get on a sub $1000.00 phone. Whether it’s a scenic panorama, nighttime capture, portrait or family happy snaps the images are sharp with great colour reproduction. 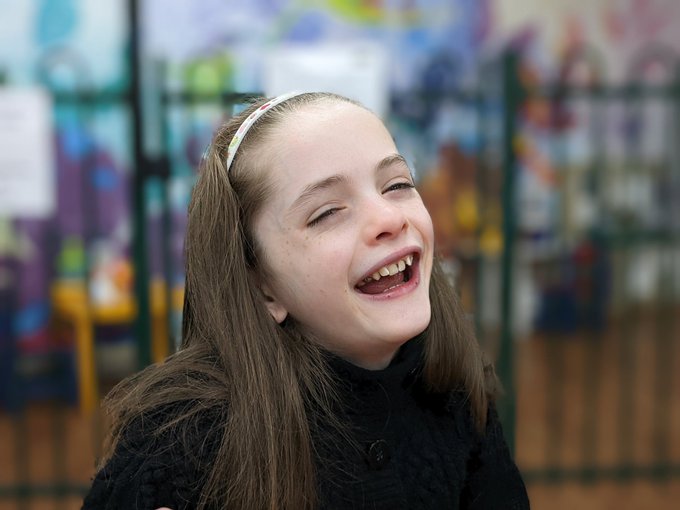 Among the photos I took during testing, the biggest issues I’ve found are:

For a phone at this level, the portrait mode is really impressive. This comes back to the earlier mentioned AI which deals well with some of the necessities for a good portrait picture. You’ll get a really nice focal presentation with a lovely soft bokeh (softened background focus) that brings your target to the forefront. It also deals with some of the imperfections in photos like lighting, some reflections and flyaways.

There’s just so much going on with the camera and background AI, it’s probably best I let the pictures do the talking.

This really is being very picky, but I just feel like — although there are plenty of good things going on — not having wireless charging is a missed opportunity to differentiate from the chasing pack. When you add onto that absence, the charging isn’t particularly quick; I’d have to say that if you’re a really heavy phone user, then this probably isn’t the phone for you. The charging capacity is a little disappointing when there are phones like the Find X5 lite that come with 65W in the same price range.

Final thoughts: The Pixel 6a ticks almost every box

The Pixel 6a is a strong competitor in the very crowded, mid-tier space. At $749.00 it’s a pretty enticing option with great a great camera and impressive performance day to day.

You could absolutely save or spend $50 – $100 and get a significantly different experience from other devices, but in the Android world having 3 full OS and 5 years of security updates in this tier is a significant bonus.

Yes, the battery could and perhaps, should be a bit better but I believe that’s by design. In the world of electronics and telecommunications, devices are set up to ensure that the next step up is within reach. The Pixel 6 is often discounted to $800.00 – $850.00 and at that price, I’d buy it over the Pixel 6a.

That by no means is a criticism of the Pixel 6a, I wouldn’t hesitate to recommend it. Whether someone is looking for a device with good performance, good looks, a camera, or shopping on a budget, the Pixel 6a will do everything you can fairly expect of a $749.00 phone and leave you really happy with your purchase.

Google has not requested return of the hardware

Phil, the 6a has one other foolhardy limitation. There’s no 256Gb or 512Gb storage versions. Those storage capacities would make up for the lack of microSD slot on Google phones.

JB have it for $500 with $250 trade in bonus. Good if you have something to trade in. Otherwise Telstra sell it for $650 outright. Harvey Norman doing a $150 voucher too.

Pixel 3 gets unlimited storage saver photos for life though? May be worth more than $50 there. But Pixel 6a comes with 100GB One trial for 3 months for new users.