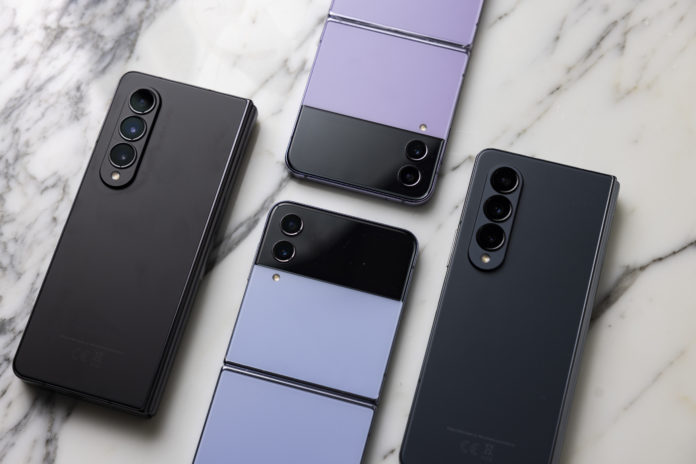 It’s time for the next wave of Samsung devices and with their usual flare, the Unpacked event has just finished. Unsurprisingly, the main features were the Galaxy Z Fold and Galaxy Z Flip 4 devices.

Without a doubt foldables have more than emerged, they’ve arrived and have a bright future. The foldables market is predicted to continue its rapid growth, more than doubling in 20232 and the fact Samsung Australia has maintained year-on-year pricing we see this being very much the case in this market. We’re proud to have established this category and of where they have evolved to today. The journey has had its challenges but to overcome them, we listened and put feedback into action with improvements to all key areas from design, durability, usability, affordability, power, app optimisation and more.

Let’s take a closer look at the phones though.

In previous generations, one of the general criticisms of the Z Flip devices has been the front screen lacking capabilities. Well, Samsung has taken that feedback onboard and made much more of the front screen. The cover screen is now able to do so much more including SmartThings controls, controlling calls and replying to texts.

The physical design of the device has been further leveraged by Samsung too with camera features being added to FlexCam. Optimisation for social platforms is among the camera highlights. There is a lot to be impressed by when you look at the specs of the Galaxy Z Fold 4. Powered by a Snapdragon® 8+ Gen 1 Mobile processor, and with the camera again having been upgraded on the Z Fold 4, now sporting a 50MP wide lens and 30x Space Zoom lens. The screen is distinct being a 7.6-inch Main Screen running 120Hz adaptive refresh rate.

Both devices will be available for pre-order beginning August 11 with general availability starting September 2 in Australia.