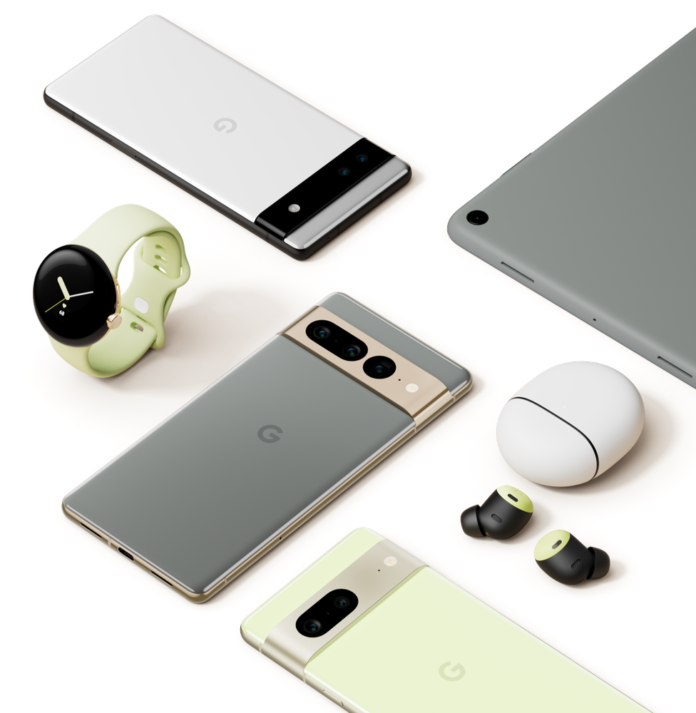 We’ve already seen info about the upcoming Pixel tablet courtesy of developer, Kuba Wojciechowski. Well, further code analysis by the same individual now suggests we may be in for two Pixel tablets, a base device and a foldable “Pro” device.

Another thing is the existence of another, higher-end tablet. It is referred to as “T6Pro” or “tangorpro”, while the known tablet is “T6” or “tangor”. It seems to be in its early development stages, and the code doesn’t currently indicate any changes over the regular model. pic.twitter.com/2Fz7ob9LF7

While the info about the Pro tablet is pretty limited, it’s nice to see its presence. After the previous leak, we’ve seen a lot of feedback of disappointment relating to the low-end specs of the Pixel tablet. One this is for sure when Google attaches a “Pro” label to something, it’s going to be a significant leap forward from other models.

Google has released the first beta for Android 13 QPR1 beta today and with it a lot of updated code, including new camera drivers, revealing some details about their upcoming products. I have found some details about a yet-unknown foldable, another tablet and more 👇 pic.twitter.com/z5dtKAEv43

The thread also goes into a lot of detail about devices, but one in particular that caught my attention is the “Felix” device. There are details such as camera setup including 64MP Sony IMX787 sensor and a telephoto lens. The code also suggests that the device will have the same internal sensor as the Pixel 6A. Given the details, it’s assumed this is the Pixel fold.

With the Made by Google event next month, we don’t have long to wait till we know more details.