Chromebooks continue to be a quiet achiever in the laptop space. They’re typically quite economic, but, coupled with Google services provide all the functionality that most users need in day-to-day living.

It’s been a little while since I had the chance to review a Chromebook, so the Asus CM3 was an opportunity I grabbed pretty quickly. It’s a pretty versatile, convertible Chromebook that offers a lot of functionality.

The design is versatile

The CM3 Chromebook as a stand-alone unit is a tablet form factor, however, it comes with a magnetically attached cover which both protects and adds functionality to the device. The cover adds so much to it as it can hold the device upright in either portrait or landscape orientation adding a lot of versatility for streaming entertainment, reading or even productivity work such as emails. 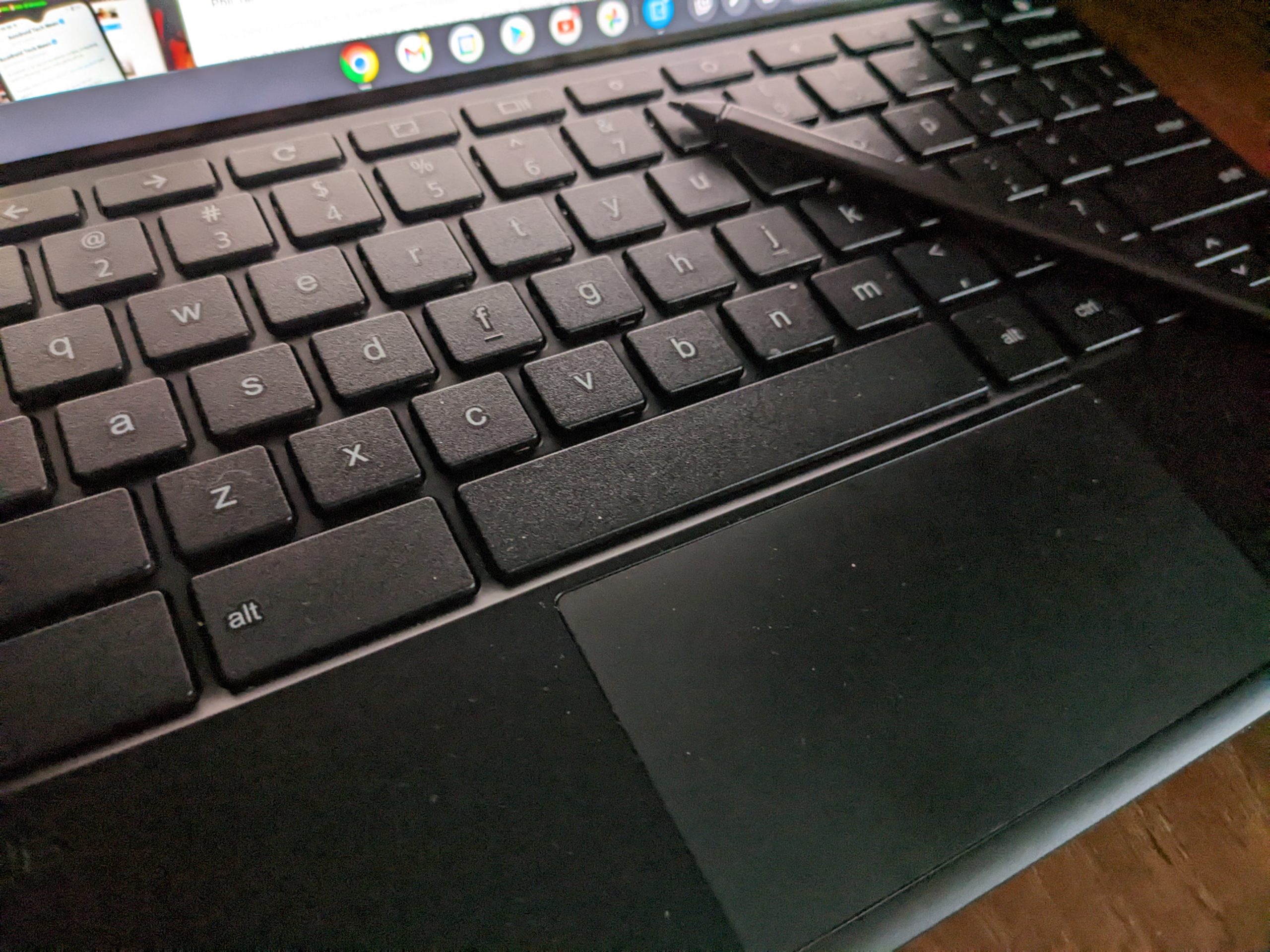 Physically, we’re looking at a 10.5-inch WUXGA touch screen, with either 64 or 128GB of storage onboard. Physical inputs include a power button, volume rocker, headphone port and USB-C for charging. Once you add the keyboard into the mix, it quickly becomes something that can be so much more heavily utilised in daily life. It feels physically like a Surface Pro for those familiar with them, perhaps not for everyone as the kickstand isn’t great for use on your lap.

If you’re using the keyboard regularly it’s comfy and very easy to adjust to which is something of a surprise for a slightly less than full sized keyboard. I’ve completed the vast majority of typing work for this review on the CM3 itself and found it pretty comfortable generally. Perhaps it’s a user error, but I’m not a huge fan of the touchpad; I find it almost clunky to use, particularly the tap mechanism where others have been quite smooth to the touch.

The other little hidden gem with the CM3 is the stylus that’s docked in the device. It’s ready to pull out and be used for inputs in a variety of situations and within a lot of different apps quickly.

For simple daily functions, I’m a big fan of having a tablet — or Chromebook — nearby to just grab, do what you need to and then put away. I love the versatility too, of the smaller, lighter form factor compared to a laptop because I’m usually on the move and love to watch streaming media while I’m moving around the house.

The other big bonus in my eyes is the ability to install Android Apps on Chromebooks because it means you can set up your device with the same apps as your phone. It creates a familiar and smooth transition option between devices, but there’s also a bit of a catch here; some apps aren’t optimised for larger screens and some simply don’t work. Unfortunately, that’s a bit of a lottery and has nothing to do with the hardware, but more the app developer; specifically their time and inclination to do so for ChromeOS. Inside you’ve got a MediaTek Kompanio processor, ARM Mali-G72 and 4GB of memory. Hardly a performance powerhouse, and if you’re expecting high end performance, you’re in for a disappointment. I had a few times when the number of tabs open and apps running clearly exceeded capabilities and there was a very distinct slowdown.

Being a powerhouse is not what this device is about though, it’s a complementary device to support your daily life, not to be the centre of it.

I still find it baffling that a device that is essentially a tablet includes a front facing camera. I don’t think — outside of review devices — I’ve ever used a front facing camera on a tablet, don’t know anyone that has and as a general statement, can’t help but feel the inclusion is for nothing but numbers. In this instance, the numbers are a 2MP selfie camera, ample for video calls etc and an 8MP front facing, which will be alright for point and click but simply can’t compete with current era phones.

For web surfing, email, communication and basic productivity; the CM3 was an excellent device to have sitting around every day. I found myself gravitating to it, using it regularly and being happy with the results most of the time.

The fact it’s got relatively low storage also shows a need to be connected and, likely have a Google One account for extra storage if you’re using it heavily. Something you can do because the 27WHrs of battery will give you a very solid day of use.

I won’t harp on this, but as you’d expect, Google Assistant is ever-present on ChromeOS these days and ready to assist you with your daily needs. It works brilliantly if you keep the CM3 to hand and simply call out “Hey Google” in the usual fashion.

When it comes to media consumption the audio quality is surprisingly good for what is essential, a tablet. The speakers provide plenty of volume for multiple viewers or listeners around the device can clearly hear and the audio quality, while lacking bass, is clean and clear; well and truly enough for YouTube, Netflix or some music listening.

I found that the switch between having the keyboard attached and the CM3 switching to being a tablet was pretty seamless. By the time I took the keyboard off and had the stylus in hand, it was ready for whatever I wanted to do. Despite the apparent lack of processing power, it’s pretty capable of doing just about anything you throw at it.

When it comes to tablets and Chromebooks, unless your entire workflow is in the cloud, particularly Google then it’s not going to be a quick adjustment. Don’t get me wrong, with the right apps, ChromeOS is very capable of being your productivity go-to nowadays, but for many, the barriers to entry are too significant in terms of workflow change.

For a complementary device, intended to support your other devices as a grab-and-go option, this is a truly excellent option. It’s not fault-free though with the lack of grunt and the concerns I have around the touchpad and — if you’re using it heavily — the physical size of the keyboard.

Earlier, I mentioned that it’s got a similar feel to the Surface Pro but perhaps in hindsight, it’s more along the lines of a Surface Go; capable of basic functions, but certainly not a powerhouse.

Being able to remove the keyboard and use this as a tablet adds great flexibility and another facet to its use. If you’re playing along at home, the question now remains about the price. Given the flexibility of the device and general capacity to take on both basic productivity, social and entertainment capabilities, the $369.99 price tag seems a pretty fair ask. I suspect leading into Christmas, sub $300 may well be in the offering. I know at that price I’d seriously consider one instead of replacing my ageing Tab S4 with another tablet.

ChromeOS is at a point now where it can do pretty much anything your average users are likely to throw at it. Streaming, email, web surfing, word processing and general communication apps are no real issue; unless you have too many running at once. Don’t discount it because of the unknown factor, consider it because of the fact it will be familiar and easy to use for Android lovers and users of the Google platform.

Phil, does this Chromebook directly support SIM cards? Either nano SIM, or eSIM.

Wow that’s better than I thought. Might be giving a lot of money to Asus soon. Any word on Australian availability