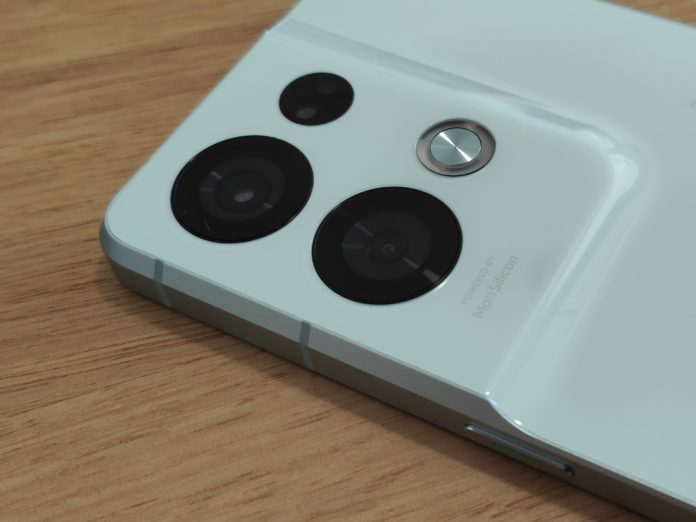 I’ve had the Reno8 Pro 5G and Reno 8Pro on loan from OPPO for a few weeks. They’re upper mid-range phones selling for $1199 and $999 respectively and although much of their specifications are the same there are some key differences between them in external design and internal parts, read on to find out more.

The Reno8 Pro 5G comes with an 80-watt SUPERVOOC charger and cable. There’s no free bumper case which is disappointing because most retail stores don’t sell OPPO cases.

Its design is glass front and glossy glass back with quite square edges. This comes down to personal preference but I found it more slippery and the edges felt uncomfortable compared to the more rounded edge of the Reno 8.

The Reno8 Pro also comes with an 80-watt SUPERVOOC charger and cable. Again there’s no free bumper case which is disappointing because most retail stores don’t sell OPPO cases. Its design is more of a matt finish so was less slippery and its edges are more heavily chamfered so they don’t feel sharp to hold.

As you can see below the phones are 6.7 inches vs 6.4 inches in screen size. Both screens are good quality AMOLED but the Pro is slightly brighter and capable of up to 120Hz versus 90Hz for the cheaper model.

In terms of charging speed, both phones have OPPO’s 80-watt SUPERVOOC technology which means they charge up really fast, in real terms this means half an hour from flat to full.

Both phones have a 4500mah battery which is slightly smaller than the 4800/5000mah capacity I’d like at this price point.

This is just enough to last til the evening if you’re a medium user like me who uses social media and reads a lot but if you watch lots of videos or play resource heavy games during the day it won’t last the day out.

A kind of workaround would be to buy a second SUPERVOOC fast charger from OPPO and take it with you but they are quite big.

Performance with the Reno8 Pro (MediaTek Dimensity 8100-MAX) and Reno8 (MediaTek Dimensity 1300) was sufficient for day to day use web browsing, social media and swapping between apps etc. These processors are roughly comparable to Qualcomm’s Snapdragon 888 and 870 respectively.

Both phones run Colour OS 12.1 which you can see screenshots of below. Colour OS in its early days wasn’t great but for some time it has cemented its place as a reliable base of standard Android OS features plus some OPPO flair.

Unfortunately, there are a handful of 3rd party apps preinstalled like Linkedin and TikTok. If you don’t want to use them you can uninstall them all. Before taking the screenshot I had already uninstalled the Booking.com app.

Both phones have 8GB RAM which is plenty to handle multi-tasking paired with the high-end Mediatek processors. Bear in mind that I only play mobile word games, not heavy graphical ones.

Both phones have Sony sensors IMX766 (50MP main back camera) and IMX709 (32MP selfie camera) that are also used in OPPO’s flagship X5 series phones. The other two sensors are not as high level being an 8MP Ultrawide whose results are average and a 2MP Macro whose results were poor because of the low resolution.

If you stick to selfies and use the main back camera the results will be pleasing. You’ll note there’s no optical zoom lens which is disappointing, the example photos show that the 50MP camera crops well to produce 2x Digital zoom photos.

The Pro has a MariSilicon X Imaging NPU which should help with nighttime photos and videos but this is untested.

Both phones have the same amazingly fast charging speed as the top range OPPO Find X5 series which was really handy to plug in before my morning shower and shave and have them fully charged by the time I’ve worn my clothes.

Similarly, if the charge was very low before I left the house I could plug in for 10 minutes and be back to 50% by the time I’d locked up and put my shoes on. This is balanced though by the, unfortunately, smaller than average 4500mah battery life so it depends on how long you’re away from a power socket during the day.

Performance, stability and screen viewability were all great. The main letdown was the cameras which are excellent for main and selfie but average for ultrawide and poor for macro. Another aspect that comes down to personal taste is whether you prefer the square edges of the Reno8 Pro or the more shaved edges of the Reno8.

Overall I’d say check the phone’s physical design out at your local OPPO retailer first before you decide whether to buy them. If the edges suit you then the Reno8 Pro is the winner out of the two, though the smaller Reno8 would satisfy many buyers as well.

Another aspect to consider is pricing. The top of the line OPPO Find X5 Pro has been on brief sale at $600 off twice in the last few weeks for $1199 (same price as the Reno8 Pro RRP). If you can act fast when it comes on sale again then the choice is obviously to get the Find X5 Pro instead.