We all know that the humble mobile phone has replaced the need for an enormous amount of older technology. Calculators, modems, cameras, all these and many more have gone by the wayside thanks to the advantages of mobiles, and we’re only just getting started. There are, however, some devices where we tend to undervalue what mobiles can bring. Taking a look at a few standouts, we want to explore what mobiles can become with the right approach, to replace systems you might not realise you could.

A gradual replacement of computers in favour of mobiles has been a natural development since the 2007 launch of the iPhone, but we tend to stop before going all the way. Primarily, this ties into the cramped nature of mobiles compared to desktops and laptops in terms of input and display. This doesn’t have to be the case, with the right solutions allowing everything you’d normally manage from a larger computer system.

For an indication of the modern convenience of mobile phones, we can look back on the road travelled. Consider what used to be included for a typical and basic news website like MSN. At first, even the simple text and images on a site like this would have trouble displaying and scaling, thanks to mobiles not originally being considered in the website’s design. Eventually, mobile-specific alternatives to the website would appear, but the early versions of these also held compatibility issues thanks to the nonstandard nature of mobile browsers.

Contemporary websites which offer far more than just text and images have reached a point where they’re not just easy to use, but they’re on par with their PC counterparts. Modern sports books like Bonusfinder for example, which you can view at this website, offer a range of moving parts that operate on mobile without compromise. Whether browsing the best websites for Maryland promo codes, signing up and interacting with the webpages, or even viewing the included live streams in certain sports, mobiles can do everything a computer can do.

To take this idea a step beyond mobiles, all a user needs is a relatively modern smart TV screen, and a Bluetooth mouse and keyboard. Through the use of screen mirroring and Bluetooth association, you can use many modern TVs as computer monitors, while your phone acts as the computer. Combined with app versions of work tools like Office365, computers can become unnecessary.

As with the above example, we already know that mobiles are great for games. With screen mirroring and added peripherals, however, they can become even better. Mirror a screen to a smart TV, add a Bluetooth controller into the mix, and you’ll have access to a powerful game system with minor or even no drawbacks.

Use as a game system doesn’t need to be only for users with the most powerful Android devices, either. With emulation systems like RetroArch, you can get access to thousands of older but still fantastic games which run perfectly well on even dated devices.

Our final case is yet another instance where everyone already knows you can read just fine on a phone, but a typical mobile as an eBook reader can suffer from the small screen size. This last suggestion is a bit of an expensive one, but if you have the budget, we’d suggest considering a folding phone as a perfect way to turn your devices into a powerful reading machine. After all, these open like books, so it makes sense they can be read like books. Plus, subtract the cost of a good eBook reader from a folding phone cost, and they’re a better deal than they initially seem.

Every year mobiles get more powerful, and every year they usurp positions held for decades by other technologies. While we can’t promise the above solutions will be the perfect fit for everyone, their potential is enough that for the right person in the right place, they could open new worlds of opportunities. Just be sure to invest in a power bank, to keep you going for longer. 7 Factors to Consider When Looking for the Best Gaming Laptop 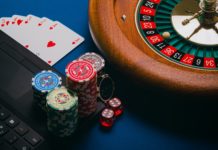