The Samsung versus iPhone fight pits the top smartphones for their respective operating systems against one another. Both feature cutting-edge internals and provide some of the most remarkable experiences, although for a king’s ransom.

To make things easier, we’ve divided each phone into four categories and will look at each. It’s no longer simply about the Android vs. iOS debate since the end-user experience makes all the difference. The duel between the Galaxy S22 Ultra and the iPhone 14 Pro will be tight.

Both smartphones come with the most recent flagship CPUs. Apple’s proprietary A15 Bionic processor is not accessible on any other platform. Meanwhile, the Snapdragon 8 Gen 1 processor, Qualcomm’s top Android chipset, powers the Galaxy S22 Ultra.

Many would assume that Apple would easily win this game, but the S22 Ultra’s clever use of Snapdragon 8 Gen 1 enables efficient thermal performance. That easily means you can trust both to enjoy uninterrupted online pokies in Australia at Ignition Casino.

The silicon gap between Apple and the competition is closing. However, A15 retains the victory due to superior in-game performance and thermals.

Memory management is an area in which the S22 Ultra shines. The iPhone 14 Pro has 6GB of RAM, which is plenty for iOS, but it is no match for Samsung’s Ultra phone. If you often move between programs and want to multitask while gaming, the Galaxy S22 Ultra edges out the iPhone 14 Pro.

Surprisingly, Samsung manufactures the display used in the iPhone 14 Pro series. No other firm meets Apple’s stringent quality standards. BOE and LG panels are used in the cheaper non-Pro iPhone 14 versions. This means that Samsung produces the greatest smartphone screens in the world.

The refresh rate is vital for gaming, and thankfully, both phones feature screens that enable a 120hz refresh rate, but the S22 Ultra comes out on top with its significantly brighter and clearer 1750 nits display.

Even though both screens represent the peak of mobile display technology, Samsung opted to save the finest panels for its flagship.

The Galaxy S22 Ultra should kill the iPhone 14 Pro on paper, but specifications don’t tell the whole picture. While both smartphones have excellent battery life, the iPhone 13 Pro and 14 Pro Max outperform in terms of optimization.

The Galaxy S22 Ultra contains a 5000 mAh battery that can power the device for a whole day. Because of the massive 6.8″ display and the additional power needed by the CPU to render images in QHD+, the battery drains faster while gaming.

On the other hand, the iPhones seem flat on paper but pay benefits in real-world use. The lesser edition has a 3095 mAh battery, while the Max variant has a still modest 4352 mAh battery.

Both are easily two-day phones with incredible standby duration and durability during hard gaming sessions. The battery life of the iPhone 14 Pro Max is the greatest of any current premium flagship phone. The competition between the Galaxy S22 Ultra and the iPhone 14 Pro is heating up, but there are other budget phones you may want to try out.

Only the iPhone 14 Pro Max will be evaluated for this category since it is the ideal companion for the massive Galaxy S22 Ultra. This is a difficult concept to define since comfort is subjective.

Some may prefer the iPhone 14 Pro Max’s boxy, crisp look, while others may go for the Galaxy phone’s rounder, curved shape. However, the iPhone and the Galaxy are heavy at 240 g and 228 g, respectively.

The iPhone’s boxy shape provides a firmer grip, while the Galaxy rests better in the curve of your hands, but we can’t name this category’s winner on a subjective basis.

As a result, the winner will be determined by the practicality quotient. The iPhone 14 Pro has a flat display compared to the Galaxy S22 Ultra’s rounded, waterfall-like appearance. Samsung has tried to minimize the dreaded accidental touches of the Galaxy series, but the issue continues.

This minor inconvenience may be devastating in gaming. We must realize that most people will put a cover over their phones, so this can be remedied to some degree, but the iPhone 14 Pro takes it here, although by a slight margin. 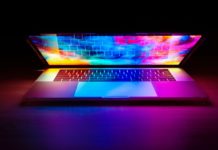 10 Features Your New Laptop Must Have 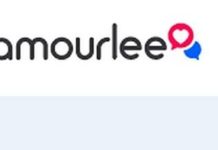 Amourlee Review: Unlocking the Secrets of a Top Dating Site

Top 7 Best Cryptocurrency Subreddits That You Should Know