It’s a pretty generic statement covering the past 3 years to say it’s been challenging. Thankfully, we’ve seen restrictions easing and something resembling a normal life — whatever that is — returning. As we’ve done for a few years now, I’ve spent a bit of time going over the new devices we’ve seen and heard about this year and putting together my list of the best we’ve seen.

This was a tough decision for me, but the Pixel 7 Pro is just an excellent device. Pretty much everything from the Pixel 6 Pro that was an issue has been fixed (including the fingerprint sensor) and most other features improved. The camera continues to impress me, even a couple of months down the track. The battery life is still really solid and the AI improvements are noticeable in daily use.

It really was a very tough call; ultimately, I think the difference between the Pixel 7 Pro and OPPO Find X5 Pro is the fact I had more hands-on time with the Pixel. Alex’s review of the Find X5 Pro damn near sold me on buying one, and I doubt I’d have regretted the purchase, despite the price difference. The other phone that figured highly but didn’t quite factor into the top device was the OnePlus 10 Pro. Another solid showing from OnePlus, but the title of our review, “an unfinished masterpiece”, tells you all you need to know about why it missed the mark. It’s been a very long wait, and finally we got the Pixel Watch. After a short while, the only real issue I was having was the battery life. After a couple of months, really nothing has changed however after I’ve very much adjusted to the device and established a solid routine: Charging in the morning while I get ready for work (or the gym on weekends) and a quick top up charge when I get ready for bed. It’s still worth investing in a second charger for the times when you might run short on battery. Despite the battery, the integration of FitBit, clean notifications and other features make this a worthwhile investment.

For me, this was a relatively easy decision to tag the Pixel 6a as the go-to device this year. At $749.00 it’s not a hideously expensive phone, but it’s got most of the features that far more expensive phones do. The only real drawback for the Pixel 6a is that the battery life could, perhaps should be better. That’s only going to be a deal breaker for high end users who need — and will be spending more on — a higher end device. If the $749.00 price tag is a bit too steep for your taste, then TCL has you covered. It’s not the biggest, best or fastest device going, but the TCL 30+ is reliable. When David reviewed it, he was impressed by the simplicity of the phone and what it delivers as a sub-$400.00 device. The TCL 30+ stands true to many of the discussion points from our discussion with Joseph Corrente earlier in the year. There have been a couple of really cool devices released this year. The Echo Show 15 is pretty compelling if you need a smart device for your living space. It can be wall-mounted, use as a stand-up device and, particularly now there are more apps available for installation on the device, it can easily become a hub for your home entertainment. Alex recently reviewed the Amazon Fire TV Cube 4K, a device that can make a dumb TV pretty smart. Voice controls, power and streaming functions are all there. It’s a really solid feature set, particularly for anyone with an existing Alexa ecosystem in their home. At the moment, there’s a decent discount available with the Fire TV Cube 4K down to $159.00 which is very enticing. During 2022, there’s been plenty to like about the development of the DIY security system. Both Swann and Arlo feature in the highlights of the year. Swann with the AllSecure650, a truly impressive and well-thought-through security system. It features four cameras and quick-change batteries with a spare and the charging is completed within the base station. The AllSecure650 is pretty cost-effective at $1,099.00, particularly for the features list and number of cameras you get.

The other camera that really impressed me this year is the Arlo Go 2. Far from the cheapest stand-alone camera, but with the quality, GPS and capability to take SIM card make it a truly mobile solution. The cost is high if you’re looking at a single, Wi-Fi based camera but if you need something for monitoring a remote, or mobile (like a caravan) asset then it’s great to cover a specific need. Routers, laptops and other gadgets

During 2022 we’ve had the opportunity to take a look at several routing options. Synology has made an impressive entry into the routing market, now with a couple of options to enjoy. The RT600ax has a broad feature set, great software and a focus on security. It’s a $599.00 price tag, but that’s not a huge price to pay to make sure you’ve got a solid connection and improve your home network security. The other router that’s impressed this year is the $799.00 ROG Rapture GT-AX6000. It features great connectivity options, multiple security and monitoring options with parental controls to boot. I’ve been genuinely impressed with the speed of routing, delivery of features and the coverage from the Wi-Fi 6 connectivity. What work-from-home setup would be complete without a decent laptop. While we’ve taken a few for a spin this year and, while many had great features a couple really stood out. One is the Asus Expertbook B9 for work needs and the Asus ROG Zephyrus Duo 16″ gaming machine. 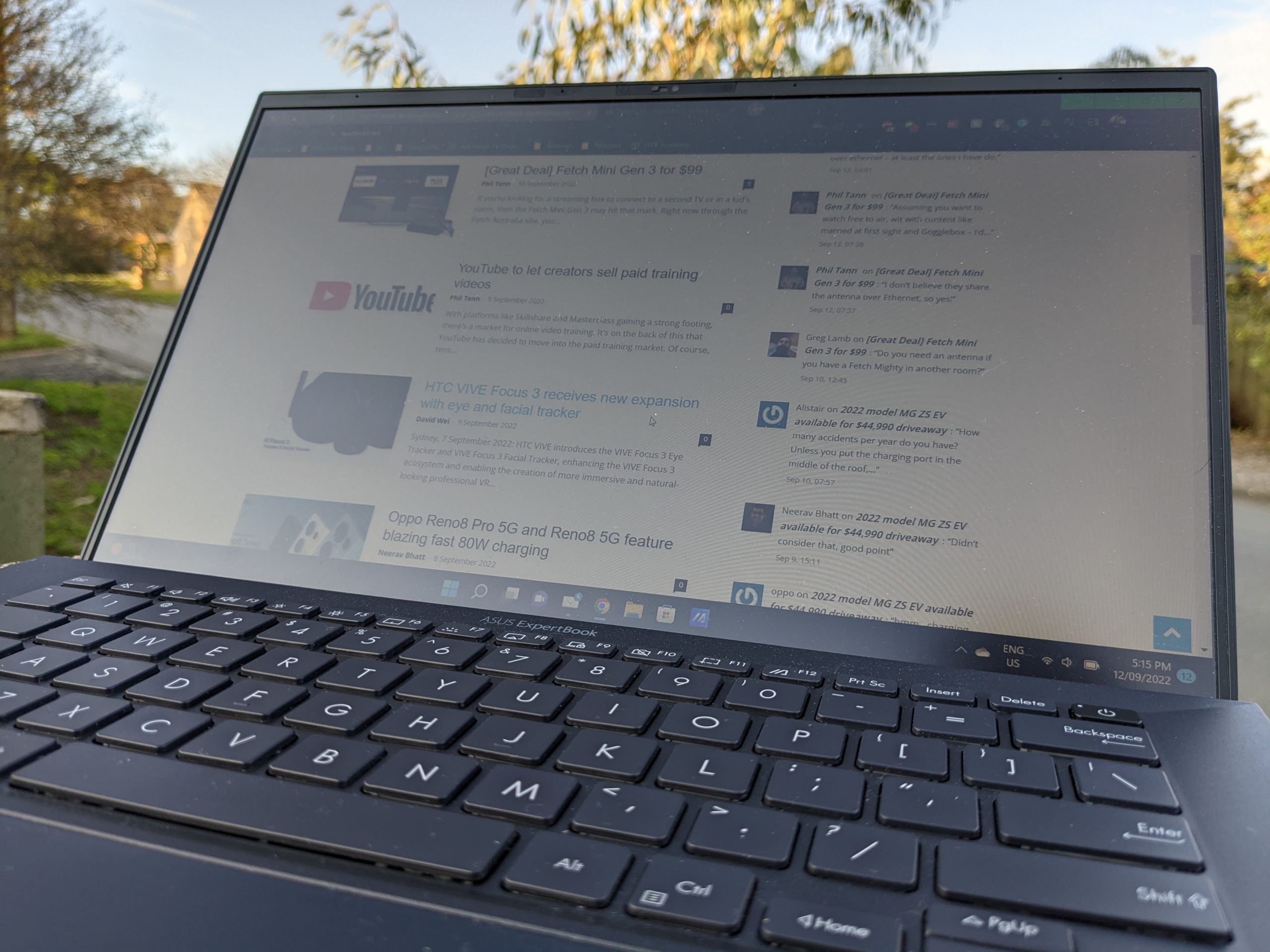 The specs and connectivity are right at the pointy end of the market without stepping into the ludicrous. The look and feel of the ExpertBook B9 are beyond that which your average home user will want or need; it’s a device for the mobile professional.

The ROG Zephyrus Duo 16″ is a truly stunning piece of hardware with the only detractor being the price. $5,999.00 is a huge price to pay for a laptop, but if you’re a gamer, streamer or content creator, then the price is a relatively small price to pay for a mobile workstation such as this one. A couple of other highlights of the year include the recent review of the EcoFlow DELTA, a portable power station. It’s got enough juice to power just about anything, almost anywhere you want it to. The biggest drawback is the cost, because not a lot of people have $2,300 laying around to protect against blackouts; but if you’re regularly in areas that are off-grid, then this is a really solid investment. 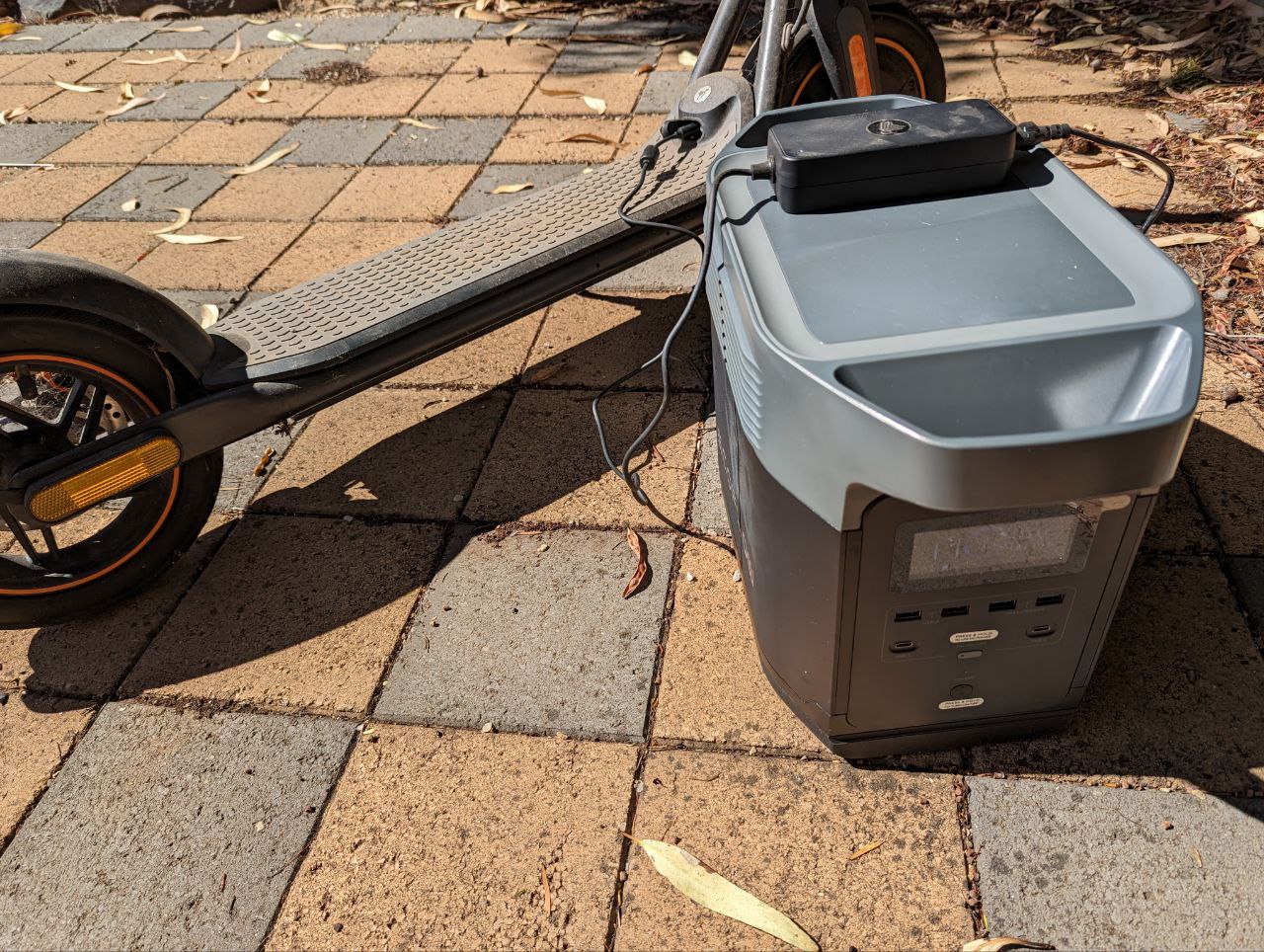 Finally, if you’re the adventurous type the GoPro Hero 11 Black has taken another leap forward this year. The stabilisation is good enough now that for most activities, you won’t need a gimbal. The image quality is outstanding with multiple views now available on-device and the battery life continues to improve. 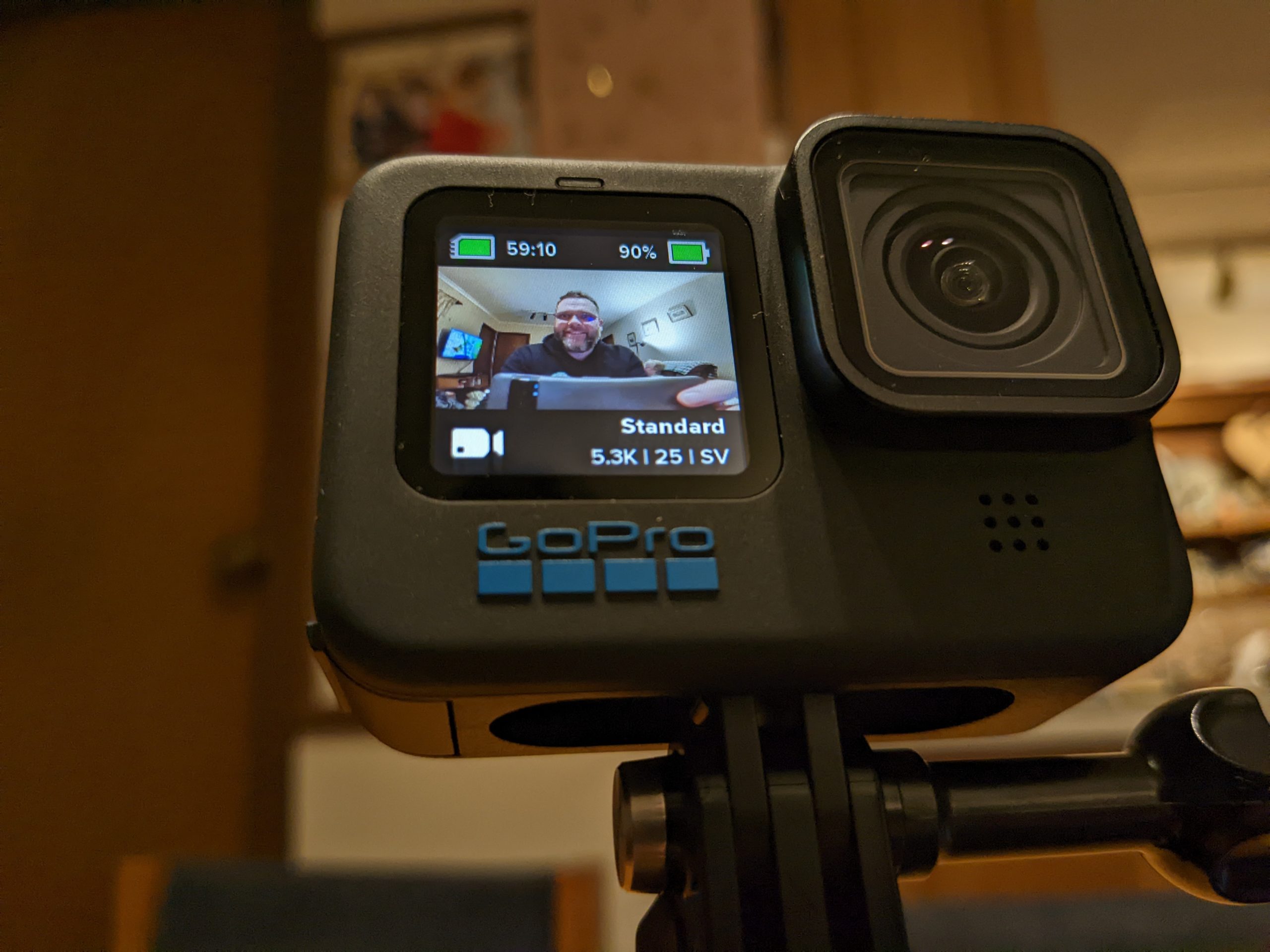 It would be difficult to look at 2022 from a technology standpoint and not think of the Twitter takeover. It was an on again, off again, on again relationship that then spectacularly unfolded in front of the planet. With Elon Musk spending an insane amount of money to buy Twitter, fire a majority of staff and treat the business like a toy; with Twitter Blue now costing more than ever. This was all until he was undone and stepped down as the head of Twitter by his own poll.

Should I step down as head of Twitter? I will abide by the results of this poll.

Internet and phone scams continue to grow into part of our daily lives and record numbers of people are being caught out. It’s really sad to see and I’m always one to point out to people that:

It’s sad but we need to be sceptical of everything and only when you’re 100% satisfied that it’s legitimate you should only contact organisations by their official pathways listed on their company websites.

2022 has been another challenging year, but a lot of the issues we’ve seen in the last couple of years have reduced. While in many cases, the progress of technology has slowed, it continues to be impressive in what can be accomplished.

AI has continued to advance, too with the likes of Google really pushing it out to the everyday use case. In reality, we’re only going to see this engagement of AI and smart technology increasing in the coming years with Matter now a reality.

On behalf of the Ausdroid team, I’d like to wish everyone a safe and prosperous new year for 2023. Enjoy whatever break you get and be prepared for whatever may lay ahead for us.