Motorola, a sub brand of Lenovo, has announced that it has launched a new limited edition motorola edge 30 fusion in the 2023 Pantone Colour of the Year – Viva Magenta, alongside launching complimentary new Moto Buds 600 ANC in Pantone colour, Winetasting as part of the limited edition release.

Speaking at the launch of the new Pantone colour of the year, Viva Magenta, Kurt Bonnici, Head of Motorola for Australia and New Zealand has stated:

“At Motorola we lead with innovation and with our exclusive partnership with Pantone in the smartphone category, we are bringing to life how technology and colour can intertwine to unlock and foster personal expression and creativity.

Our consumers in the premium segment are looking for that point of difference. They want high specs, the best features and a handset that looks and feels beautiful – the motorola edge 30 fusion in the Pantone Color of the Year 2023 Viva Magenta, is it”.

“We are all united in the belief that design, innovation and personal expression can generate more creative solutions and cultivate a future that promotes joyousness and optimism.” 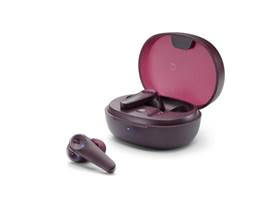 The company has stated that the Moto Buds 600 ANC wireless charging case gives you up to 28 hours of battery before having to charge up again with the PANTONE 19-2118 Winetasting hue designed to complement the Pantone Color of the Year 2023 and the special edition motorola edge 30 fusion, creating a striking pairing.

The limited edition phone is exclusively available for pre-order today with full launch availability being the 19th January at JB Hi-Fi for $899. You can also read the review of the Moto Edge 30 Fusion we reviewed on the site by clicking here.